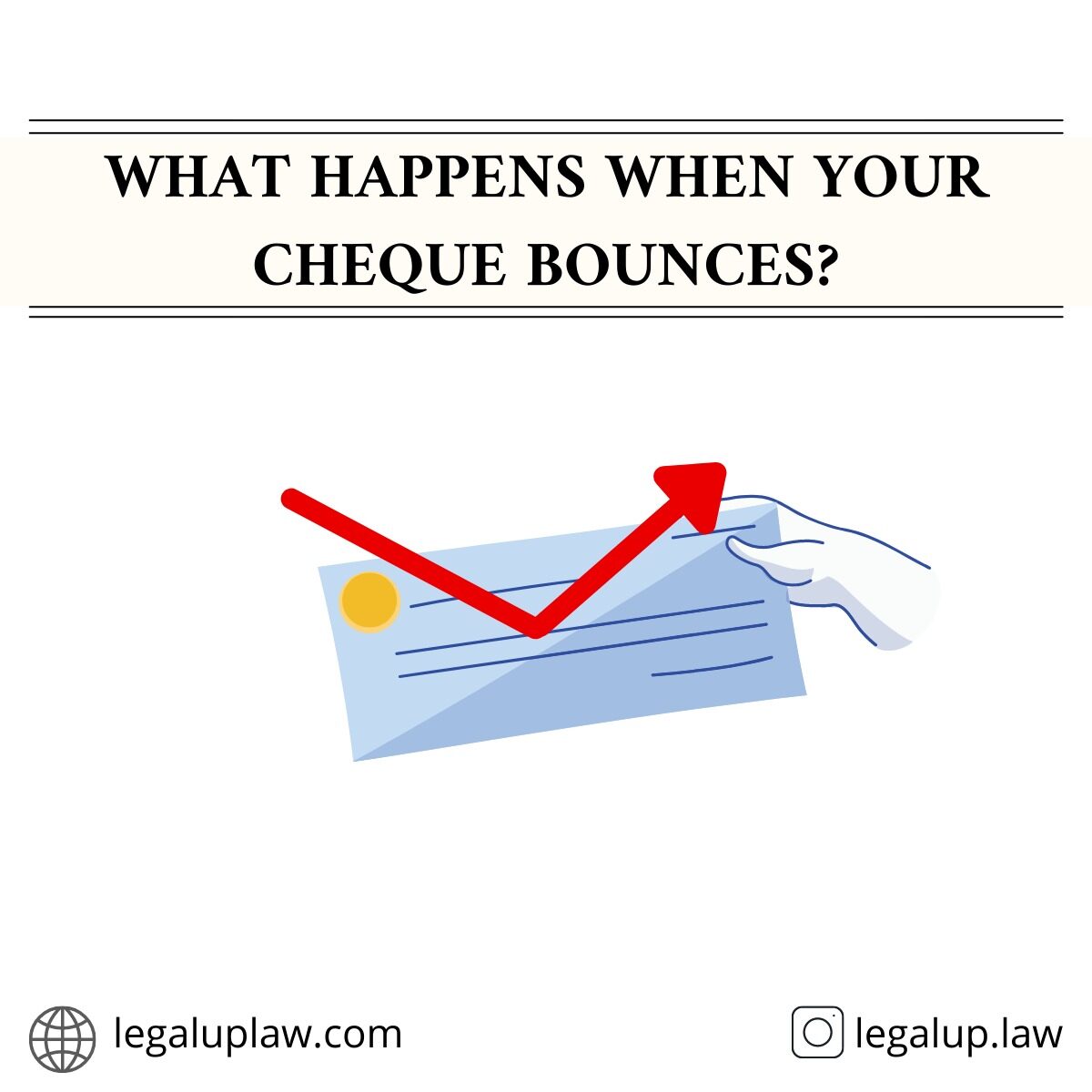 Cheque bounce is one of the most common financial crimes that take place. This simple crime can have consequences for the issuer of the cheque if taken lightly. In this article, we will discuss what happens when your cheque is bounced or dishonoured.

What is a Cheque?

A cheque is a written order which informs the bank to transfer the written amount from the issuer’s bank account to the person whose detail is mentioned on the cheque. When you open a bank account in any of the banks, they provide you with a chequebook to ease the process of withdrawing money for you.

What is meant by Cheque bounce or Cheque dishonoured?

A cheque is said to be bounced or dishonoured when the bank refuses to dispose of money on that cheque. It can happen due to a variety of reasons. The common reasons for cheque dishonouring are usually, signature mismatch, damaged cheque, overwriting or insufficient account balance. (Click here to check all the various reasons for which your cheque can be bounced)

According to the Negotiable Instruments Act, 1881, if a cheque is rejected due to insufficient balance, criminal proceedings can be initiated against the issuer of the cheque. So, issuing a cheque and not being able to honour it can fetch you a fine of up to twice the amount of the cheque or imprisonment for a term, not more than 2 years or both.

What happens when your Cheque bounces or dishonoured?

Penalty by the bank

The first consequence which will hit your pocket will be the penalty levied by the bank on your bank account for dishonouring a cheque. This penalty will be levied both on the payer’s and payee’s bank accounts. This amount can vary from bank to bank. For example, the State bank of India (SBI) charges 500 rupees + GST if a cheque gets bounced for insufficient funds. If you were using the cheque to pay the EMI of any loan, then you will be charged additional late fees for not paying the EMI on time.

Filing of civil and criminal cases

If the cheque bounces due to insufficient funds in the bank account, then criminal proceedings can be initiated against the cheque under the Negotiable Instruments Act, 1881 for dishonouring the cheque.

Negative impact on your Credit Score

When the issuer dishonours a cheque, it may not show up in his financial statements, but it will negatively impact the CIBIL score of the issuer. Poor CIBIL scores can result in difficulty in getting a loan. The person also may have to pay higher interest rates due to the low CIBIL score. The person may also face difficulty in getting a credit card due to his poor credit score. So, even if the issuer honours the cheque afterwards, once a cheque is dishonoured, it can have a very negative impact on your CIBIL score.

If your cheque bounces multiple times, RBI can issue an order against you which will prohibit you from getting any chequebook from any bank in India. If you issue multiple cheques with a value of over 1 crore and it gets dishonoured, you will be stripped of your chequebook.

Although cheque bounce may not seem a very big deal, it is one of the worst and easiest financial crimes one can commit. Dishonouring a cheque can have a long-lasting impact on your financial health, not to mention the criminal proceedings that can land you in jail. Although multiple opportunities are given to the issuer to rectify his mistake, the best way would be to avoid this mistake at all for a healthy financial life. 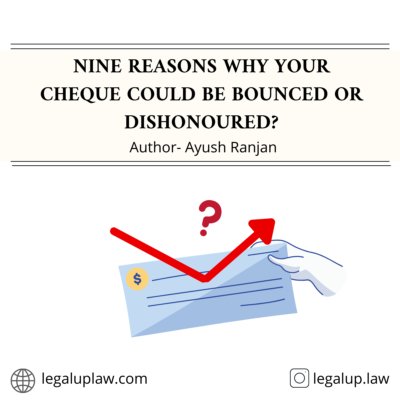