For any complains regarding the content on this site, mail me at:
[email protected]
Contact us here
Legal Awareness Indian Laws Laws 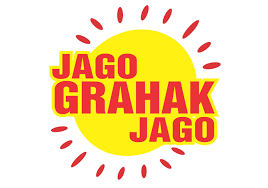 It has been 25 years since the Consumer Protection Act 1986 came into existence but consumers in both rural, as well as urban areas, are not aware of the various rights that they possess as a consumer and neither do they have knowledge about the various remedies or legal actions they can pursue to enforce these rights.

Although nowadays the consumer is the kingpin of the market, still there is a lot of exploitation of consumers as businessmen use various unfair trade practices to cheat and exploit.

There is a great saying that the wheels of justice turn slowly. This is true that legal cases take time to be resolved and it might be worth the pain for the consumer to go through the entire legal process for a couple of hundred bucks or a couple of thousand bucks.

But the whole point of setting up a National Consumer Disputes Redressal Commission was to provide inexpensive, speedy, and summary redressal of consumer disputes. It is a quasi-judicial commission in India that was set up in 1988 under the Consumer Protection Act of 1986.

The Consumer Protection Act provides various rights and responsibilities to consumers. It provides a safeguard to the consumers against defective goods, unfair trade practices, unsatisfactory service and various other forms of exploitation.

Who is a consumer?

As per the aforementioned Act, a consumer is defined as

“a person who buys any goods or avails a service for a consideration. It does not include a person who obtains a good for resale or a good or service for commercial purposes.  It covers transactions through all modes including offline, and online through electronic means, teleshopping, multi-level marketing or direct selling.”

What are the rights of a consumer?

6 consumer rights have been defined in the Consumer Protection Act of 2019, they are:

According to this right, the consumer has the right to be protected against the marketing of goods and services which are hazardous to life and property. This is an important right for the security and safety of the consumer.

According to this right, the consumer has the right to acquire information about the quality, quantity, purity, standard and price of the goods or services being sold to him so as to protect himself against abusive and unfair trade practices. The producer has to inform the consumer about all the things that he wants to know.

Right to make a choice

According to this, every consumer has the right to choose the goods or services of his or her likings. The right to choose means an assurance of availability, ability and access to a variety of products and services at competitive prices which should be just and fair. The producer or supplier should not force the consumer to buy a particular product or brand only. The consumer should be free to choose the most suitable product from his point of view.

Right to be heard

According to this right, the consumer has the right to represent himself or to be heard or the right to advocate his interest and be assured that the consumer’s interests will receive due consideration at an appropriate timeline.

According to this right, the consumer has the right to get compensation or seek redressal against unfair trade practices or any other exploitation. The right to redressal includes compensation in the form of money or replacement of goods or repair of a defect in the goods as per the satisfaction of the consumer. Various redressal forums are set up by the Government at the national, state, and district levels.

It is easier for literate consumers to know their rights and take action but this right assures that illiterate consumers can also seek information about the existing acts and agencies that are set up by the Government for their protection. The Government of India has even included consumer education in the school curriculum and in various university courses as well to make the people more aware of their rights.

It will regulate matters related to violation of consumer rights, unfair trade practices, and misleading advertisements.  The CCPA will have an investigation wing, headed by a Director-General, which may conduct an inquiry or investigation into such violations.

General disputes of the general public are heard by the Consumer Disputes Redressal Commissions (CDRCs) set up at the district, state, and national levels.

When can a complaint be filed?

Who can file a complaint?

Where can you file a complaint?

As per the Consumer Protection Act of 2019,

How can you file a claim?

The purpose of setting up of the consumer court was to reduce the time it took to address the grievances of the customers therefore the government has tried to make this process as simple as possible.

You can even visit the website of the National Consumer Dispute Redressal Commission to file an online complaint. (Here is the link for the website).

You can even call the helpline number for the National Consumer Helpline and they will address your query and lodge your complaint with them.

They advise you to send a written complaint to the business or shop from where you have availed the product or services so as to provide the business owner with the knowledge of your grievances and they do the same at their end i.e., they send an e-mail as a notice from their side stating that a complaint has been lodged against them regarding this particular matter and provide the business owner with a certain amount of time (Generally 15 days after which they again send a notice) to reply to the notice sent to them.

If no reply has been received by you as well as the National Consumer Redressal then they also advise you on what to do next.

The process is not as long as some might think it to be. Consumers don’t even need a lawyer to represent themselves in the court and the consumer can represent himself or through his representative file and represent his complaint.

The consumer courts have to give a verdict within a specified time after a hearing thereby providing speedy justice. (Usually 90 to 150 days)

Therefore if you have been subject to such unfair trade practices then don’t be afraid to seek redressal and exercise your rights.

The main point to keep in mind is that we can have all the rights in the world, but they will not make a difference if we are not a responsible consumer and do what is right for ourselves and in the best interest of society at large.

If you are subject to malpractice and unfair trade practices and you let it happen without taking any action, then you are also at fault because the businessman might do the same with someone else.

Therefore, to prevent such things from happening and bring a change, you at your personal level have to take up the responsibility of being a responsible consumer and a responsible citizen.

The Legal Outlook on Euthanasia.

Data Protection Act and everything related to it.