10 types of witnesses in court case. 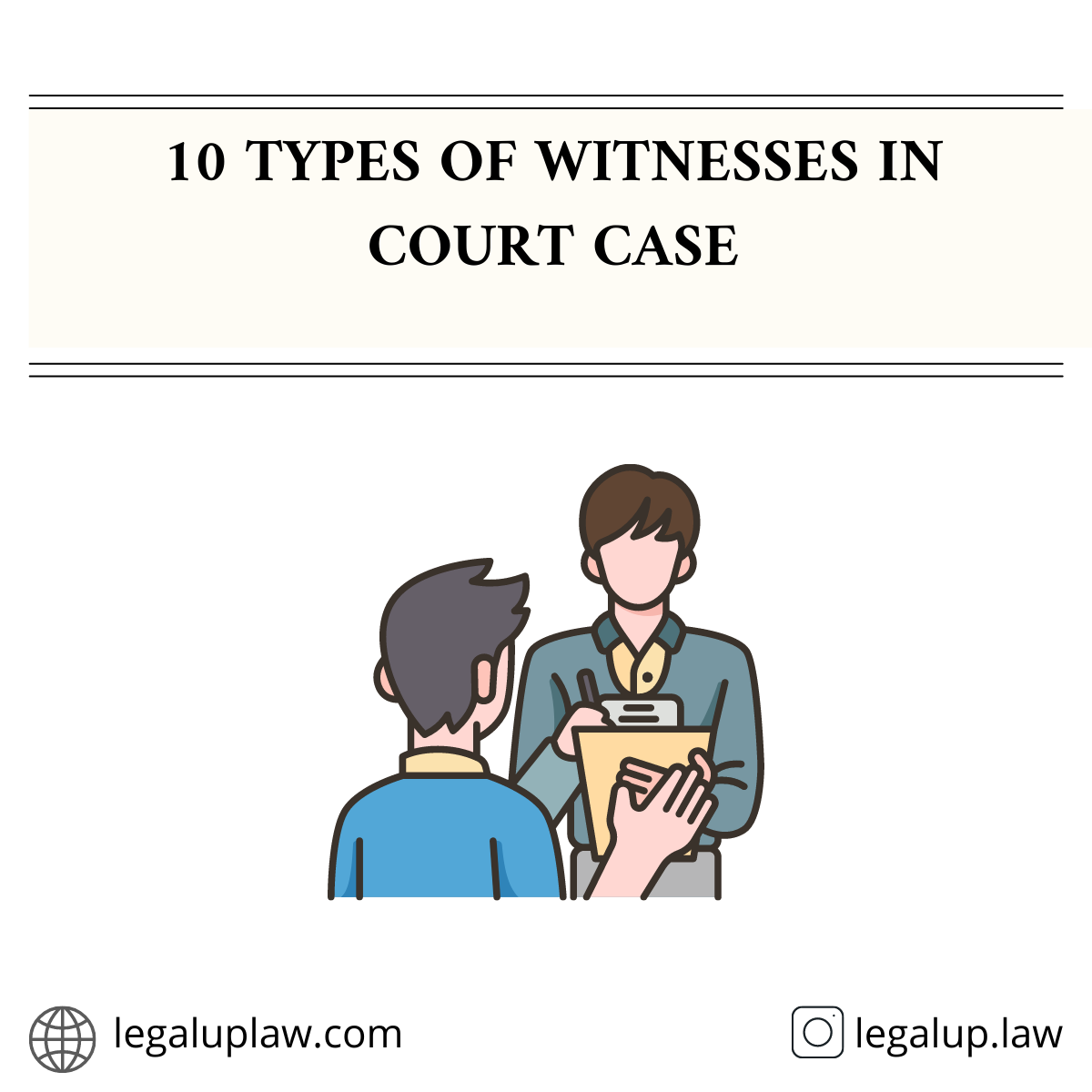 Who is a Witness?

The witness is the person, who either willfully or mandatorily, under some provision, provides the testimony on a certain situation in a court of law.

What are the different type of Witnesses?

An essential principle to understand is that in decision making quality witnesses are preferred over the number of witnesses.

Some other categories which are important are mentioned herein,

Ganpati v State Of TN, 2018. it was held in the case that, the Witness may be called an interested Witness, only when he or she derives, some benefit from the result of litigation and Fact-in-issue. And therefore, the related witness is not equivalent to an interested witness.

Girja prasad v State Of MP, 2008, it was held in the case that, the credibility of the Witness, should be adjudged on Touch Stone of Truthfulness and reliability. It should not be rejected merely because it is given by an interested witness.

State of Maharashtra v Praful B Desai,2003, it was held that Evidence through Video Conferencing can also be admissible in the Court of Law. this was held keeping in view the electronic revolution of with respect to the IT act, 2000.

RM Malkani v State of Maharashtra,1972 Tape Recordings are to be considered as a valid piece of evidence.

Kameshwar Singh v State of Bihar1952, SC held that the maxim, Falsas in Uno Falsas In Omnibus. (When a person is wrong in one place, then he is wrong throughout) not applicable in India, minor contradiction and omission are the evidence are to be ignored, if there is Ring of Truth in the testimony of the Witness, and therefore The Rule of Evidence being Rule of Caution is applicable.

Ganesh K. Gulve v State of Maharashtra, 2002. Supreme Court held that it is the duty of the Court to separate the grain from the chaff. This essentially means that even if only a part of the statement given by the witness is helpful then the court is duty-bound to record the same.

The rules in India regulating competency and witness protection are up to date and are enacted with everyone in mind. The judiciary has bolstered the relevant legislations by interpretations, increasing its scope and applicability.