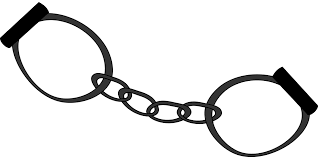 LegalUp’s Snippy:–DK Basu versus West Bengal State is an important case that widened the frontiers of the definition of basic rights. This case study addresses a critical topic of criminal jurisprudence which is arrests and jails.

DK Basu, Executive Chairman of Legal Aid Services, West Bengal, a non-political organisation, wrote to the Supreme Court of India on August 26, 1986, drawing its attention to various news articles published in the Telegraph Newspaper regarding fatalities in police custody and detention. He asked that the letter be recognised as a Writ Petition under the context of the “Public Interest Litigation.”
Because of the gravity of the allegations addressed in the letter, it was considered as a formal Petition, and the Defendants were notified.
While the writ petition was being heard, Mr Ashok Kumar Johri wrote to the Chief Justice of the Supreme Court, drawing his notice to the death in police custody of a Mahesh Bihari from Pilkhana, Aligarh.

The identical letter was classified as a Request for Writing and was submitted with D.K.Basu’s Request for admission. On 14/08/1987, the Court issued an Order notifying all state governments, as well as the Law Commission, and asking for acceptable ideas within a two-month period.
Several states, including West Bengal, Orissa, Assam, Himachal Pradesh, Haryana, Tamil Nadu, Meghalaya, Maharashtra, and Manipur, filed affidavits in response to the announcement.
Dr A.M.Singhvi, the Principal Counsel, was also appointed as an Amicus Curiae to assist the Court. All of the attorneys who appeared aided the Court in some way.

The court held in Nilabati Behera vs. the State of Orrisa (1993) that any type of torture or cruel, inhumane, or humiliating treatment comes within the scope of article 21, whether it occurs during an inquiry, interrogation, or otherwise. The rights protected by article 21 cannot be denied to undertrials, convicts, detainees, and other inmates in custody unless done so in accordance with the method provided by law by imposing reasonable limits on the right as authorised by law.

Even after establishing procedural guidelines in Joginder Kumar vs. State of Uttar Pradesh, it has been noted that the police detained a person without a warrant in connection with the investigation of an infraction, and the apprehended person was tortured to extract information or a confession.

As a result, the court produced a set of 12 rules to being followed in all situations of arrest and detention, in addition to the constitutional and legislative safeguards. The policies are as follows:

What are the legal remedies under Domestic Violence Act, 2005?

10 types of witnesses in court case.