Bigamy laws in India – Everything you need to know. 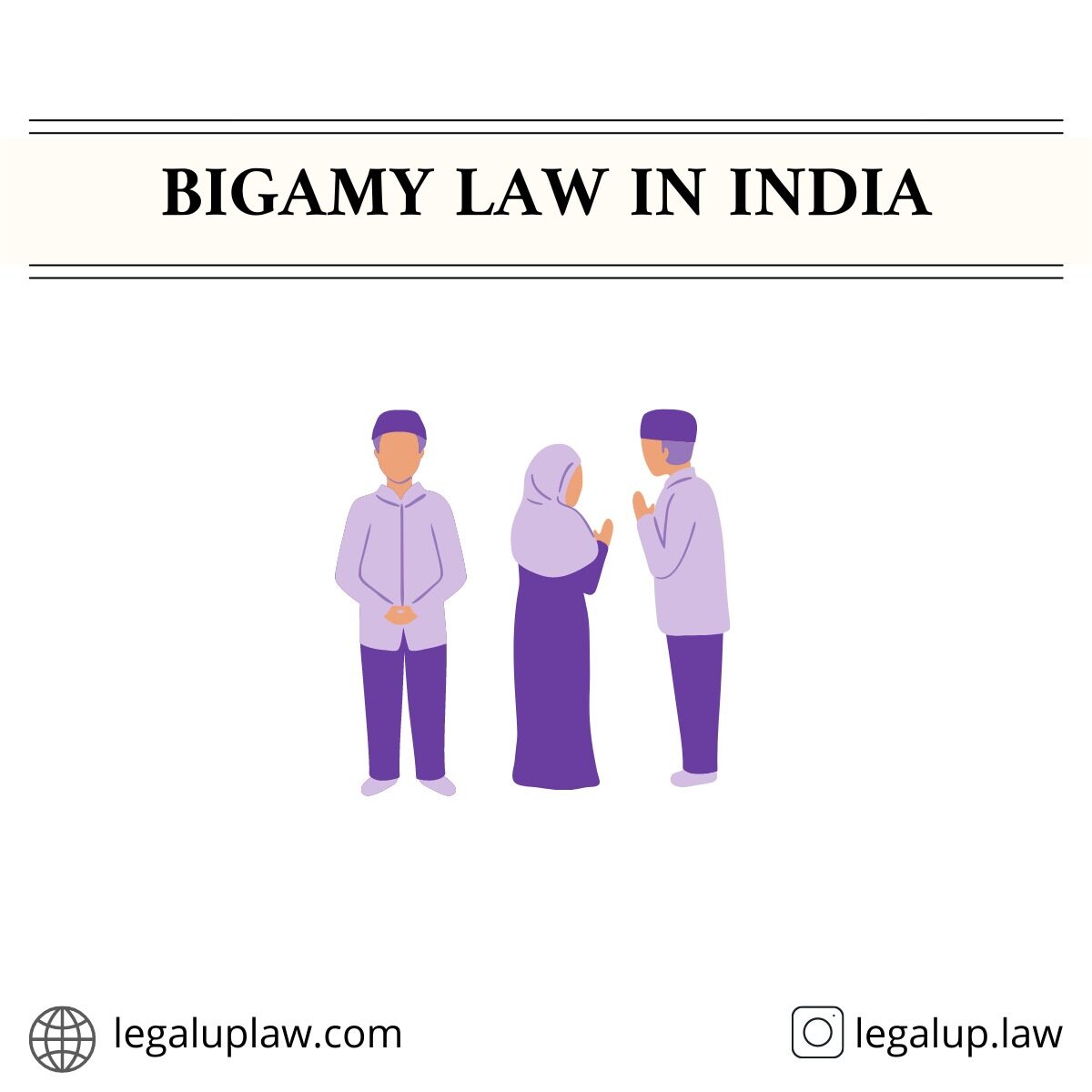 Bigamy is derived from the Bi-Gamous, which is a literal sense that means two marriages. In general, the concept of Bigamy is generally prohibited, but it differs from the religion of the particular individual. Because India being an indigenous faith and belief, it could reflect in the laws as well. Central laws prohibit polygamy, the exceptions on the basis of Personal laws are also explicitly mentioned.

Such Personal laws allow marrying more than once on the religious sentiments are special and overrides the central laws.

Same offence with concealment of former marriage from person with whom subsequent marriage is contracted.—Whoever commits the offence defined in the last preceding section having concealed from the person with whom the subsequent marriage is contracted, the fact of the former marriage, shall be punished with imprison­ment of either description for a term which may extend to ten years, and shall also be liable to fine.

The offence is punishable for up to 7 years, which renders the crime heinous. It is a non-Cognizible offence and a Bailable offence.

Is Bigamy legal in Hindu law?

Firstly, the concept of Hindu law is not regarding the Hindu Religion, it may have a conflict with religious values. Religious Perspective of the same, Hindu could have more than one marriage.

The Law governing the marriages of individuals is the Hindu Marriage Act 1955, which follows the rule of monogamy, which means at a time, one male can marry one woman, and one woman can marry one male at a time. This same concept is incorporated in Hindu law, as the condition before the marriage, under Section 5(1) of the Hindu Marriage Act, 1955.

Is Bigamy void or Criminizable?

According to Section 11 of the Hindu Marriage Act, Bigamous marriage is void, having no legal obligation. Additionally, Section 17 of the same, Criminalizes the Bigamous Act, under IPC Section already referred.

What are the essentials to prove Bigamy?

Since the offence is quite different, there is a whole different implementation of the prosecution. So basically prosecution has to press upon two conditions:

What are the defenses against Bigamy?

Accused has the defence of :

What are the remedies availiable for the victim?

Remedies available for the person, in the case, where his spouse was married to another:

What is the Limitation of Institution of case under Hindu Marriage Act, 1955?

In the case of such an offender, doing more than one marriage at a time, no other person could interfere in their marriage unless the parties themselves, or family members move to court or have some problem with the same.

How is Bigamy in the context of Muslim Religion?

In the Muslim marriage act, one Muslim person can marry more than one wife, but there are some restrictions, and the religion does not promote bigamy. Instead, there is mention of some conditions for marrying more the once:

1) if the first wife is unable to procreate than, a person can remarry.

2) If physical relations between the spouses are not happening due to any disease, then a male can remarry, but the same can only happen if the first wife’s consent is taken.

What is Contract of Indemnity? Everything you need to know.