For any complains regarding the content on this site, mail me at:
[email protected]
Contact us here
Indian Laws Laws

Why is it compulsory to wear a mask while driving alone in a car? 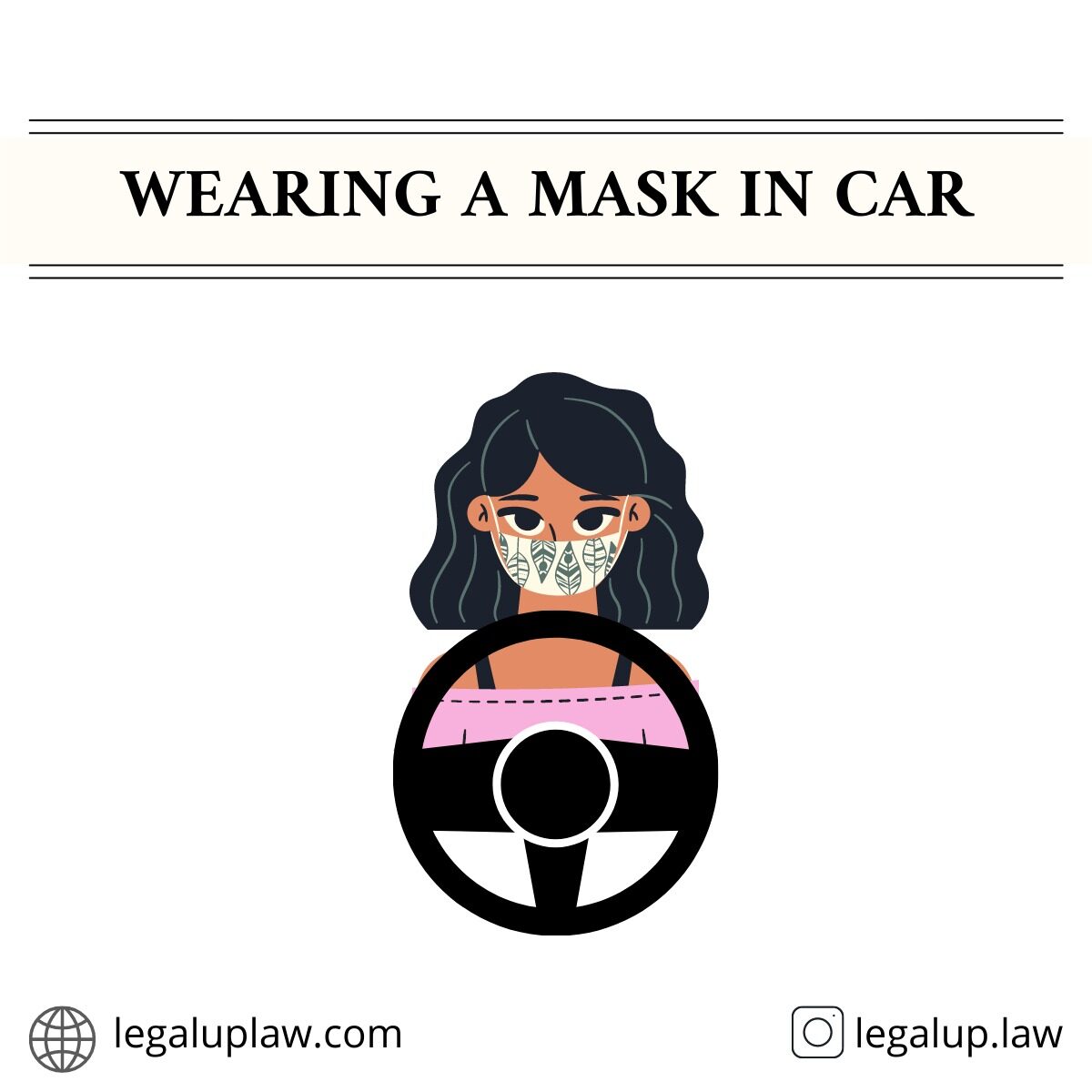 As per the recent order given by the Delhi high court, it is compulsory for everyone in a personal vehicle to wear a mask even if he is driving alone.

The question is, why is it compulsory to wear a mask while driving alone in a car?

As per the government guidelines, it is necessary for everyone to wear a mask in public places and since a private vehicle travelling on a public road comes under the purview of a public place therefore it is compulsory for a person to wear a mask even if he is driving alone.

What were earlier orders on wearing a mask?

On 8th April 2020, the Government of India made it compulsory for all people to wear masks in public places, offices, gatherings, meetings, and personal vehicles. The April Order makes it unequivocally clear that any person moving in a personal or official vehicle “must” wear masks “compulsorily”.

This Order does not distinguish between whether the person is travelling alone or with any other occupants in the car. Even the 16th July 2020 order regarding regulations for 2020 stating that wearing masks/cover in all public places is compulsory.

In September of 2020, the central government said it was not mandatory for a single person driving alone in a car to wear a mask.

But recently as the Covid 19 cases are increasing the Delhi high court on 7th April 2021 passed an order making it compulsory for everyone to wear a mask in a public place even if he is driving alone.

What is a Public Place?

A lot of vehement arguments have been heard that a private car with a single person may not constitute a public place. The question as to what constitutes a public place cannot be universally set in stone. ‘Public place’ may be defined differently in various enactments, depending on the context.

For example, under the Motor Vehicle Act,

A Public Place is defined as: “‘public place’ means a road, street, way or another place, whether a thoroughfare or not, to which the public have a right of access, and includes any place or stand at which passengers are picked up or set down.

“2(h) “public place” means any place intended for use by, or accessible to, the public and includes any public conveyance;”

The Code of Criminal Procedure, 1973 reads as:

In the Prohibition of Smoking in Public Places Rules, 2008 the definition of `public place’ reads as:

“public place defined in section 3(1) of the Act shall also include workplaces, shopping malls, and cinema halls.”

Further, the Supreme Court also has examined the scope of the term ‘public place’ in Gaurav Jain v. Union of India. The Supreme Court, while discussing the scope of the term ‘public place’ has held that for a place to fall within the purview of this term, it need not be public property and could even be a private property that is accessible to the public.

The judgement of the Delhi High Court is a very well crafted piece of law and the court has kept in mind that the term public place has to be understood in a larger context and has to be interpreted in this case in the context of the Covid-19 pandemic.

Why does a private car driven by a single person come under the purview of a public place?

A private car driven on a public road comes under the definition of a public place.

The Kerala high court in 1999 passed a judgement stating that a private car travelling on a public road is considered a private space.

As for the Delhi High Court decision to determine what constitutes a `public place,’ the court took into consideration the manner in which the Coronavirus can spread which is the crucial part.

The reasoning behind making mask compulsory in a private vehicle.

It is now settled and accepted universally that the coronavirus spreads through droplets either through the breathing of a person or from the mouth. The risk of exposure increases multiple times if a person comes into contact with a person who is infected and is not wearing a mask.

A person travelling in a vehicle or car even if he is alone could be exposed to the virus in various ways. The person may have visited a market, or workplace, or hospital or a busy street, prior to entering the car or vehicle. Such a person may be required to keep windows open for the purposes of ventilation.

Thus, it cannot be said that merely because the person is travelling alone in a car, the car would not be a public place.

Therefore for their own safety, this is the right step taken in the right direction to make an effort to curb the spread of coronavirus even in one’s own family and also the public at large.