Child Custody: Everything you need to know. 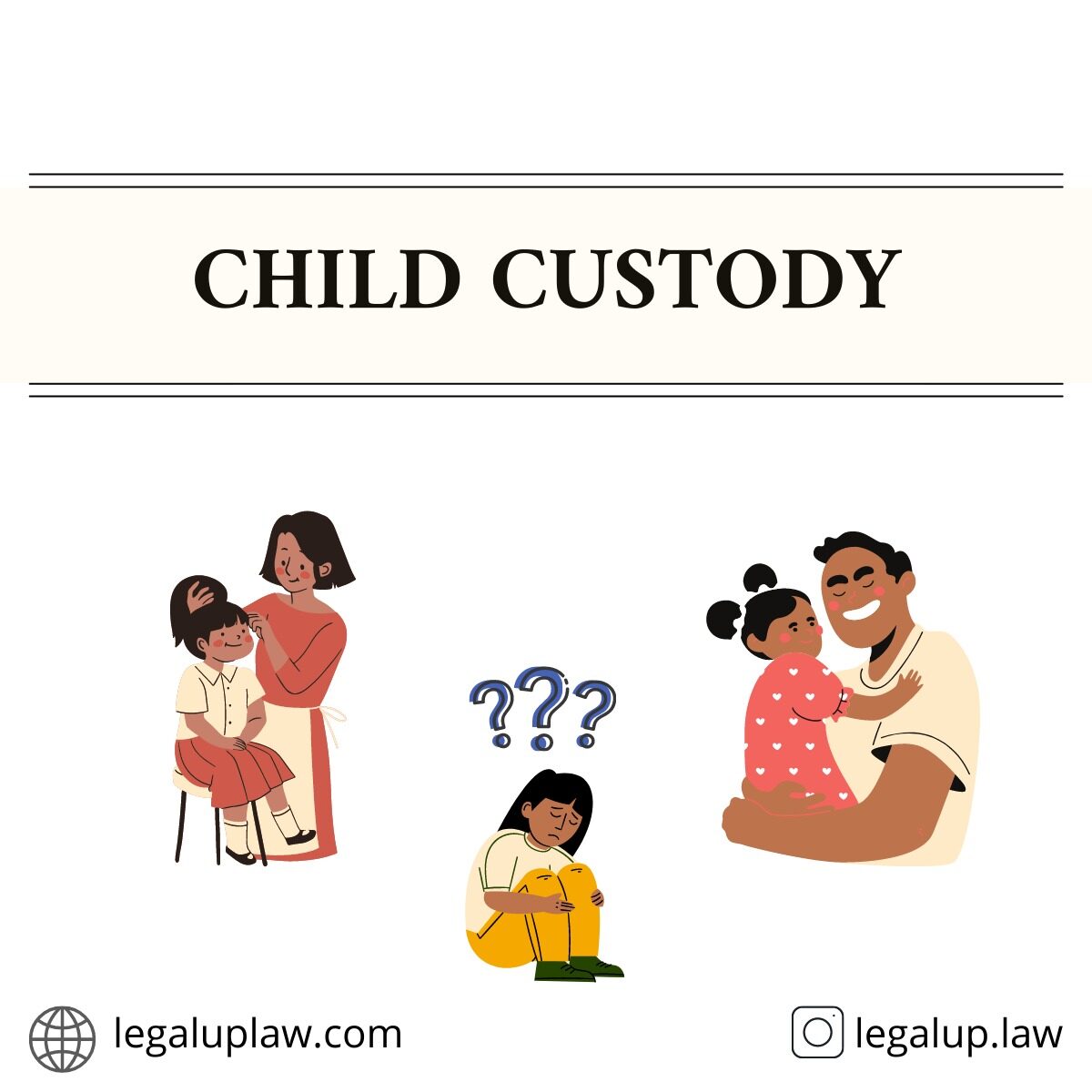 Child Custody in simpler terms can be defined as, the custody given to one of the parents after their legal separation to raise the child. This custody can also be given as joint custody.

Who gets the custody of the child?

Who decides the custody of the child?

The Court has the power to decide in the matter, as to which parent will get the child’s custody, on the basis of Welfare. The welfare of the child is of paramount importance so that his/her upbringing can be done in a better way, his lifestyle, education, health, and other basic needs can be fulfilled.

The matter related to child custody is filed under the Family Court or where the child resides currently, under the Guardian Ward Act 1890, or under the respective personal laws of the parent.

Guardian Ward Act, 1890 is the main which deals with the matters related to child custody, it is the secular act of India, in terms of child custody.

The act also defines a provision, wherein the court asks the child his/her opinion if he/she is above 9 years of age because below the age of 9 it is considered, that the child does not know his/her better.

But, even though the final decision remains in the hands of the court. The court has the power to decide that who will get the custody of the child on the major paramount of who will provide the child with better welfare.

According to Section 26 of the Hindu Marriage Act, 1995 one can file an application for the custody of the child. The section talks about, who will take care of the child’s education, health, and maintenance costs. This Section of the Hindu marriage act is only applicable to Hindu couples.

Under, this section the duration of time taken by the court to decide, who will get the custody is 60days. These days will be calculated from the day the respondent will respond to the application.

Under, Section 38 of the Special Marriage Act,1954 talks about the custodial right of the child, of the parents who belong to a religion other than Hindu. Here, in this act also the time taken by the court to decide in the matter is the same, 60 days.

Under, Section 41 of the Divorce Act, 1869 states for the interim order for the custody of the child, his maintenance and other educational expenses.

The time for the decision is the same as mentioned in the other activities, 60 days.

There are 5 types of custody available in the Indian Laws:

Physical Custody plays a very prominent role in the life of the child, so the court decides it with all the points keeping in mind, especially in terms of the upbringing of the child, the environment the child gets.

Legal custody means of the child means, either party would decide who is having the legal custody, that where the child will study, how would be his/her upbringing, and his every other matter which is related to the future of the child, like for. eg health, education, lifestyle and his daily needs.

Legal custody does not mean that the other party, cannot give his/her opinion for their child, they can give their opinion.

Note- Herein, sole custody the right to meet the child from time to time, given to another parent like in another type of custody, is not given in sole custody.

In Joint custody, both the parents have the right to meet the child, if the custody is in the hands of the other party, and both the parent can decide mutually, about the future of the child.

Both the parents have the right to meet the child from time to time according to their choices if they want.

Child custody is a very fragile topic because if the decision is taken correctly it will make the future of the child, but if it is not taken correctly it will spoil the future of the child. The case of child custody may become complicated, not because of the background of the parent, but because of the different acts enacted in Indian laws (Personal laws). But, even though the court keeps in mind only one factor which is the welfare of the child. The court only looks after the welfare of the child, where the child gets the best upbringing, education, health and lifestyle.

How do politicians with criminal charges fight elections?