A Study relating to talaq-ul-biddat as one of the disapproved forms of Talaq. 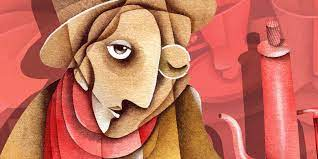 In India, every person follows their own personal and family laws, Muslim law is one of them. Unlike in other religions where marriage is considered as a sacrament, Muslim law considered marriage as a contract between both parties.

Laws were made in every family law to reduce the dispute between husband and wife. Grounds of divorce are also being mentioned if husband and wife think that their marriage would not last for long.

But under the Muslim law, some provisions made for divorce were not legal and the same was challenged before the court of law by the Muslim ladies who suffer from these kinds of laws. Muslim law recognizes 3 laws for divorce which are covered under Talaq-ul-Sunnat, these 3 laws are Talaq-e-Ahsan, Talaq Hasan, Talaq-e-biddat. All these laws are considered valid except for Talaq-e-biddat.

Talaq-ul-biddat or Talaq-i-biddat is one such law of divorce which is considered as a sinful form of divorce under Muslim law because unlike other laws for divorce which gives a period of 90 days to revoke the divorce this law does not give any form of time to arbitrate the marriage due to which it was challenged in the court. This law is not only considered bad in India but also in various Muslim countries around the world.

Talaq-ul-biddat is recognized only under Sunni law and its origin can be traced back to the 2nd century of the Islamic era. This law was introduced by Omeyyeds in order to escape from the strictness of divorce law, which is described in Muslim law.

According to this law, a Muslim married man can give divorce to her wives in the following ways-

In some cases, a written divorce paper can also be filed for the same, physical speaking is not important even a text on WhatsApp and e-mail or via telephone call the husband can make the 3 pronouncements for divorce.

In the matter of Shayara Bano v/s Union of India, 2017 the said form of divorce was questioned. In this case, Shayara Bano and Rizwan Ahmad were married for the last 15years, but in 2016 Rizwan Ahmad gave divorce to Shayara Bano by saying talaq thrice. The matter went to the Supreme Court and Shayara Bano filed a writ petition challenging the 3 practices of Muslim law, the practice of Nikah Halala, Polygamy, and Triple Talaq.

Nikah Halala is a practice under the Muslim law that if the divorced couple wants to remarry again then the wife has to perform 2nd marriage and then give divorce to the 2nd husband and then marry the 1st husband.

Polygamy is a practice under Muslim law which allows a Muslim man to keep more than 1 wife at a time.

The court asked every member who was included in the matter to write a statement on these three issues which is filed by the lady. All India Muslim Personal Law Board, said that these practices constitute an essential part of the Islamic religion and the apex Court ought not to intervene in such issues and the apex court has no jurisdiction on this matter.

The Court comes up with 2 issues-

The Judgement came up in different parts and judges were of different views. CJI Jagdish Singh Khehar and J. Abdul Nazeer arrived at the conclusion that the custom of Instant Triple Talaq is an integral element of Muslim personal law & according to Article-25 every Indian citizen is given the fundamental right to practice any religion, which makes these practices covered under Article-25 of the constitution and the Apex Court cannot intervene in it. But the parliament can decide on the matter, so accordingly the Court granted a stay on the practice for 6 months.

Justice J. Kurian Joseph and J. Rohiton Nariman said that every law whether it is made before the constitution or after the constitution they should be consistent with the fundamental rights, but according to Article-13 judiciary lacks the power to question personal laws. But the custom of Triple Talaq was examined in Article- 14,15,21 and 25. According to Article-14 if any law violates the fundamental rights, then it is under the hands of the courts to pronounce that legislation as unconstitutional. So, in a similar manner, the practise of Triple Talaq is violative of women’s rights which makes the court within its power under Article-14 declare the practice as unconstitutional.

Justice J. Kurian Joseph said that the practice of Instant Triple Talaq is UN-ISLAMIC which means it is not an essential religious practice because it lacks arbitration and reconciliation like other laws have.

So, the Supreme Court come with the decision with a 2:3 majority that the custom of Triple Talaq is illegal, and requested the parliament to make law on the matter.

In 2017 lower house of the parliament passed the Muslim Protection of Rights on marriage bill 2017, but the same was rejected in the upper house. Again, in Sept 2018 Council clears the ordinance under which the same practice is considered as an offence which is punishable, with 3years of jail. In July 2019 this bill was passed by both houses and the same was signed by the president.

Important provisions of the bill-

The legislation pronounced the provision of Talaq-ul-biddat as illegal and makes it a cognizable offence with imprisonment of 3years and a fine.

The wife against whom the Talaq is declared or anyone in the blood relation can file the complaint.

Bail can be granted to the husband but only after hearing the woman by the magistrate.

The law of Triple Talaq was held unconstitutional by the Supreme Court, whereas the parliament made the law for the same under which Triple Talaq is declared as a cognizable offence. This historical amendment brought a sigh of relief for the woman of the Muslim community, who were suffering from the cruelty and harassment by their husbands and in-laws in the name of instant divorce.

Basic Structure Doctrine - Everything you need to know