The 3 farmer laws: Everything you need to know. 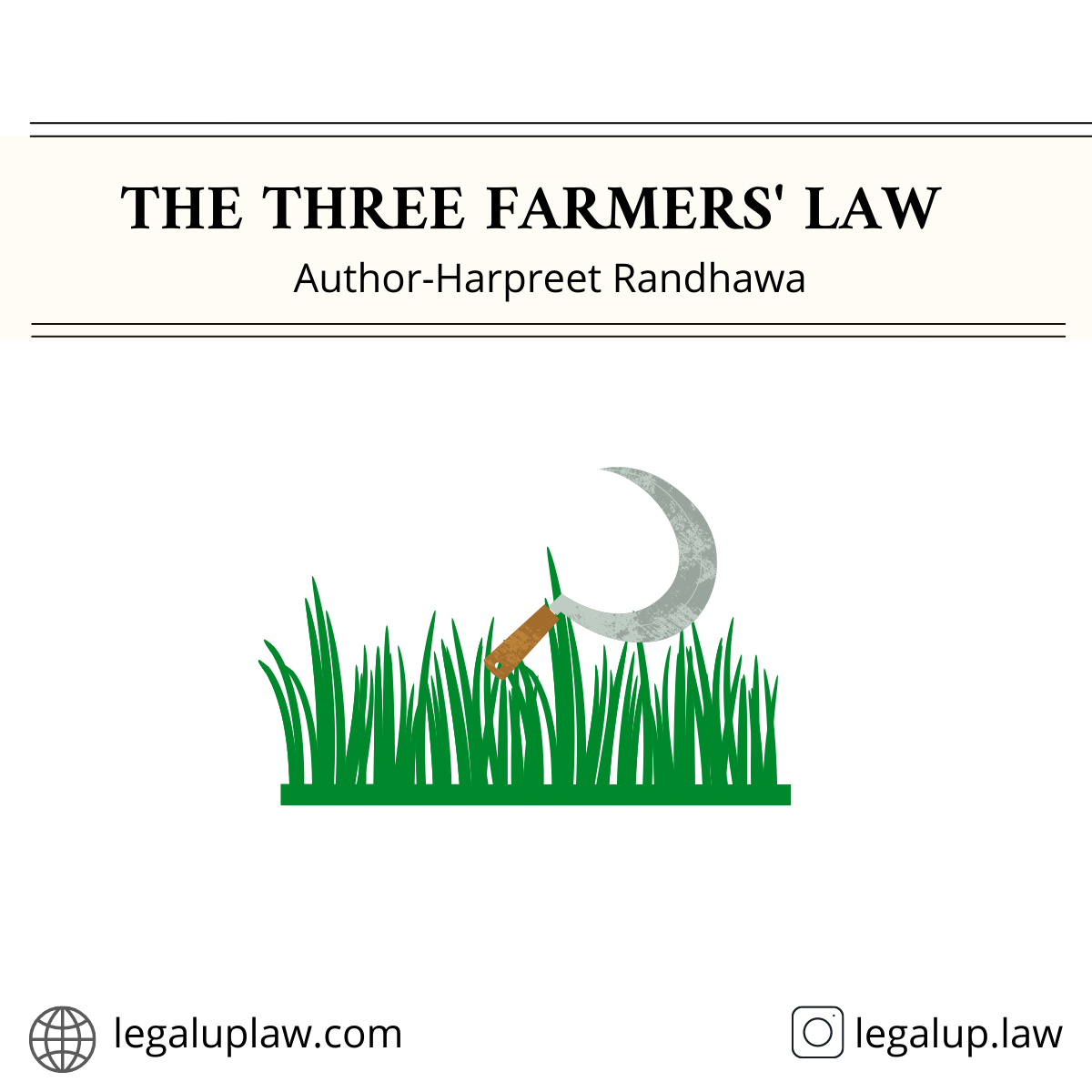 Every country needs financial support to maintain its expenses. Agriculture is the main source of income for the majority of Indians even today. The colonial rule was the result of this factor, that India can produce various spices like cloves, pepper, and cinnamon, etc. Along with that, the cotton produce and other produce were in great demand by different markets of the world.

But because of the continuous exploitation of farmers by the Britishers and even after the independence by the zamindari system and other traders the conditions of the farmers were not very well and their capacity to produce or sell crops got worsened. This made the government realize this problem and introduce a system according to which a farmer can sell their crops, since the majority of people at that time were involved in the primary sector as compared to the secondary and territory sector, and since the majority of people were involved in the primary sector we need to think about their financial welfare.

What is APMC (Agriculture Produce Market Committee) and why was it introduced?

The government introduced, APMC (Agriculture Produce Market Committee) system in 1950 which would help the farmers to sell their produce at a particular area called “mandi” according to their residence.

These mandies were regulated by the state government for the Agriculture produce and a Licensed Commission Agent OR Arthiyas (term used in the states of Punjab, Haryana, and Rajasthan) is appointed to help the farmers to sell their crops to the trader. This Commission agent charges a sum of 1.5- 3% on the total sale from the farmer for proving the services of polishing the crops before selling, packaging, and assorting of the crop

Since the crops were sold by the Auction method by the government, there could be chances that the prices could be exploited, so to save the farmers from the same they introduced the method of MSP (Minimum Support Price). MSP enabled the farmers to get at least a minimum amount of money for their produce, but only 22 crops were involved in the provision of MSP, the rest of the crops were sold by the method of Discovery.

What was the reason behind the enactment of the 3 bills if the things were going right?

The biggest reason behind making the above provisions for the farmers was to save them from exploitation, but these provisions were doing their job as decided. The APMC mandies which was decided that it will provide a place for selling their products and also can provide better price proved to be wrong because the money charged by the commission agents itself exploits the farmers because their own produce didn’t get sold on the expected prices.

Also, the state government who regulates these mandies charges tax on selling the crop, depending on the sale.

To cope with the above-mentioned problems the government introduced 3 bills which could probably solve these problems and can also improve the other factors which are involved in the agriculture process.

The 3 bills introduced were as follows:

But these 3 bills are not supported by the farmers and they are protesting in different states, the main protestors are from Punjab and Haryana but protesting is also done by the farmers from Bengaluru, Kerala, Tamil Nadu, and from many such parts of India.

What is 3 farms bill all about?

We have noted that by introducing these bills, the government tried to solve the ongoing problem which was being faced by the farmers. The government clearly failed to make the farmers understand the Farm Laws. This lead to the farmers blocking highways and expressways for more than a year and causing immense loss and inconvenience to the common people. The Modi government finally gave up and rolled back the farm laws.

Competition Law: Everything an Entrepreneur must know.