The difference between Judicial Custody and Police Custody. 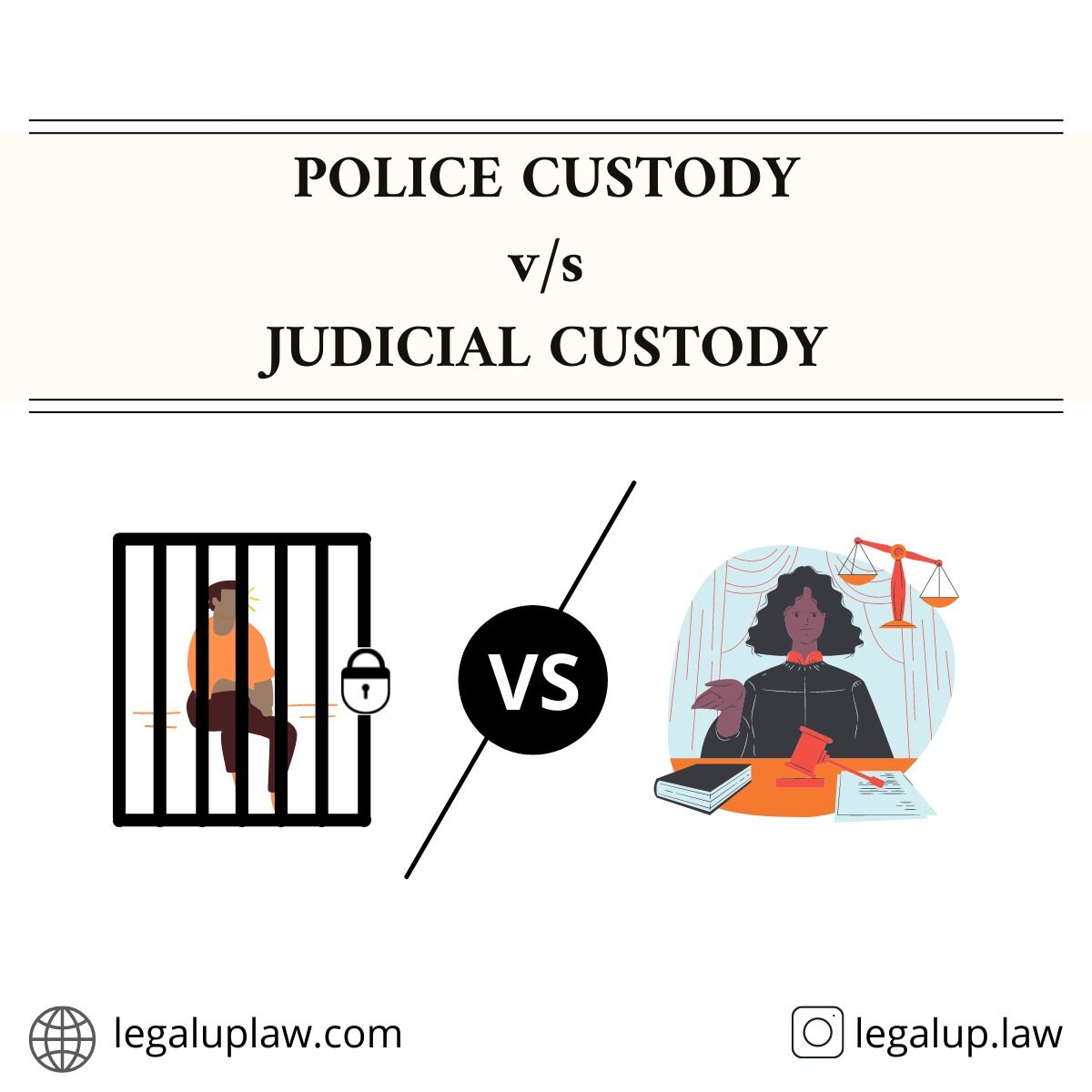 Custody refers to apprehending someone and putting them under imprisonment.

Arrest and Custody might seem to be the same but are not synonymous. The arrest is a wider term and if there is an arrest there is custody but the vice versa is not true. Uttering mere words and showing some gestures doesn’t amount to arrest. The body must be touched and there must be an actual seizure in an order to amount it to be an arrest.

Remand, bail, arrest are components of the investigation. The personal liberty of an individual seizes to exist under arrest. This is also a reason that many unwarranted arrests have reached courts of law. Also, some occasions are there wherein the unlawful detention has been considered as a violation of fundamental rights and compensation concerning it has been paid.

Talking about items of custody there are two of its types: –

What is Police Custody?

Whenever a person registers a complaint against a third person then following that the police officer will arrest that person. The arrest is made in an order to stop the suspect from committing any further crime. Under section 167 of the code of criminal procedure, 1973 the suspect must be produced before the magistrate within 24 hours of arrest( excluding travelling time) and also with evidence.

The police whenever takes custody of a suspect then they can under section 167 of CRPC, 1973 may seek time to keep that person in their custody for 15 days for further investigation. The judicial magistrate can send any suspect back to police custody for further inquiry for 15 days but that period can extend up to 30 days in some cases.

What is Judicial Custody?

The suspect is presumed to be innocent until he/she is proven guilty and after that only one can be punished by the magistrate for the crime reported. In accordance with section 167 of the Criminal Procedure Code,1973 a suspect can be retained in police custody for 115 days but only after the orders of the magistrate. A person can be taken into judicial custody and can be retained for a period of 90 days when that person has committed a crime which corresponds to the death penalty, imprisonment for life or period of imprisonment exceeding 10 years and for all other crimes this period of judicial custody is for 60 days as per magistrate thinking with regards to how well it would favour justice.

When is default bail granted?

The difference between Police Custody and Judicial Custody.

The actual difference between Police Custody and Judicial Custody.

In police custody, the police officer at duty have the charge and complete control over the situation and he can arrest a suspect in the provisional area.

The judicial custody operates on the principles of the court laws wherein the magistrate takes the call on the proceeding of the case.

When the accused is in police custody the investigation is done by the police.

The magistrate does not interfere in the investigation process. He decides based on the reports from interrogation and the trial court hearings. If a need is observed for further investigation the accused is sent back to the police custody for two weeks.

The charges put on by the police on the accused in police custody can be nullified by the court if the accused is not found guilty.

To conclude, Police custody means that an accused stays in the lock-up of a police station or at least in the physical custody of the investigating agency probing the concerned matter. On the other hand, judicial custody implies that the accused is lodged in jail and is under the custody of a magistrate.

Contract of Guarantee - Everything you need to know. 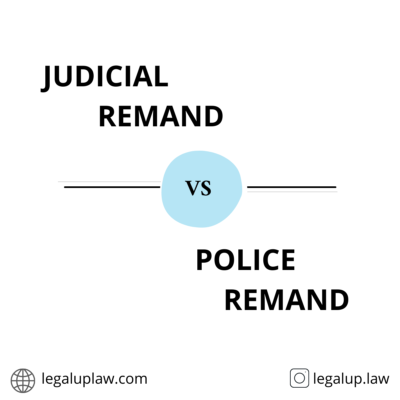