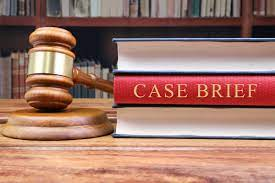 LegalUp’s Snippy – The case Arnab Goswami V State of Maharashtra is where the entire State machinery went after one man and how the Supreme Court opened at 2 am in the night to protect the personal liberty of a privileged citizen.

There is no doubt that 11th November 2020 will go down in the books as one of the red-letter days in the jurisprudence of bail orders.

The apex court of India granted bail to the Republic TV anchor Arnab Goswami and the bail was granted in a special sitting which was convened by the court especially for this matter, this act once again validated the belief that the supreme court is one of the most powerful courts of the world.

In a diverse democratic country like India, the people whom the voters have entrusted must adhere to the various constitutional norms, and out of all those norms equality tends to be one of the most important norms.

Though the judiciary is not elected by the people, their salaries do come from the hard-earned money paid by honest Indians in the form of various taxes and this fact makes the judiciary passively responsible and accountable to the people.

For someone who believes in the importance of civil liberties, this turns out to be a path-breaking judgment and sets a precedent for further cases.

This judgment also clears the stand of the Indian judiciary on the topic of civil liberties and the rights of the public.

It is pleasing to see how the bench of this case discredited the appeal or the suggestion made by the state to not look or follow the pattern being followed internationally to decide the matters in the Indian context. The court yet again followed Lord Denning’s principles of freedom under the law.

The matter was heard by a division bench of the supreme, the division bench comprising justice D.Y. Chandrachud and Justice Indira Banerjee as the members of the bench.

The bench dedicated a whole day to hear the matter of the special leave petition. This petition was filed against the high court’s order on the criminal appeals which denied bail to the accused.

The court heard detailed arguments from both sides which focused on article 14(right to equality), Article 19(right to freedom of speech), article 21(right to life and personal liberty) apart from the fundamental rights section 306(offence of abetment to suicide) of the Indian penal code (IPC) was also in the discussion.

Bail was sought for Arnab Goswami who also holds the position of editor-in-chief of Republic TV.

The subject matter of this case experiences a lot of popularity among the public and also enjoys clout in the journalistic as well as the political field.

The Maharashtra police arrested the journalist from his house in a way that was allegedly not completely legal.

The subject matter also faced an eight-day imprisonment period before this hearing in which he was granted bail.

On the 5th of May, 2018 a first information report (FIR) was file by a person named Akshata Anway Naik who also happens to be the wife of the victim in this case.

The FIR was regarding an alleged abetment to suicide accusation, here the husband (Anvay Naik) as well as mother-in-law (Kumud Naik) of Akshata Anway Naik had committed suicide.

Both the victims held the position of directors at an interior designing company named Concorde Design Pvt. Ltd. The FIR also alleged that there was a suicide note left by the deceased which mentioned the reason behind the suicide as non-payment of dues to their company.

The accused Arnab Goswami was arrested on the 4th of November, he was charged with sections 306 and 34 of IPC.

It was also alleged that Arnab Goswami owed a sum of 83 lacs to the deceased including the 4 crores owed by Feroz Shaikh and Rs. 55 lacs from Nitesh Sarda. Although according to the closure report submitted by the police in May 2019 no case was made against the accused.

The matter was heard by the bench on an urgent basis during the Diwali break of the court, the appeal was made after the high court rejected the bail plea on 9th November/ 2020.

At this point, legally, the magistrate has the power to either accept the closure or disagree with it.

If the magistrate agrees with the report, he shall issue a mandatory notice to the informant and then the magistrate hears the other party and decides if he/she still wants to go ahead with the closure report.

If the magistrate disagrees with the report, he/she can either proceed with the existing facts or can also order for further investigation if the facts and pieces of evidence are either not clear or not sufficient. In the present case, the magistrate accepted the report.

Whereas the informant started demanding the dues and started communicating through letters. In May 2020 the daughter of the informant met with the home minister after which the police started the re-investigation. And after the due permission of the magistrate, the statements of witnesses were noted.

The pertinent question is if the police had the power to start the investigation after a closure report has been submitted and accepted by the bench listening to the case.

Such was not allowed to the police as per the criminal procedure code of 1898 which is the older one, although after the code was amended in 1973 such provision was introduced.

The rationale behind it was given in 14.3 of the 41st Law Commission Report. The reasoning given was that the courts had taken a very restrictive and narrow approach which did not allow the police to reopen the investigation which acted as an obstruction for the investigating agencies and proved to be unfair to both the parties as this also obstructed the administration of justice. This provision embodies the principles of rule of law which forms a fair and just society.

The next big question is if the magistrate had the power to remand Arnab Goswami even though the closure report had already been accepted at an earlier stage.

The procedure established by law says that the magistrate has the power if he/she deems the remand necessary after going through the material produced against the person to be remanded. Also, the adequacy of the evidence to be satisfied is not up and open for challenge.

Whether the Bombay high court was justified in not granting the bail to the arrestee? if not then should the arrestee be granted bail?

After a whole day of hearing the vacation bench of Dr DY Chandrachud and Indira Banerjee granted all the three accused interim bail.

All three people were also instructed to submit a personal bond of Rs. 50000 each in front of the superintendent of the jail, all the three are also required to co-operate with the ongoing investigation.

The court highlighted the fact that courts must ensure that the criminal law is not used to selectively harass the citizens. The court also observed that prima facie reports do not suggest an abetment to suicide.

The supreme court also noted that the high court did not give proper attention to the question that whether there was a prima facie case under section 306 of IPC. The bench also noted a very crucial as well as influential detail that Mr Goswami has been made a target and has been harassed at earlier instances too.

The apex court of India urged all the courts of India to follow the principle of ‘Bail is the rule, jail is an exception.’

The court also said that people who don’t have the means to reach out to the high court or the supreme court often suffer during the trial, also the court said that jail and police stations are the places where human dignity needs to be protected which are to be done by the judiciary.

The bench also observed that due to the rejection of the prima facie merit Bombay high court granted custody which led to the compromise of personal liberty.

Mr Goswami had filed a petition before the Bombay high court which not only requested bail but also asked the court to quash the FIR under section 482 of the Code of Criminal Procedure, which allowed the high court to pass an order to meet justice.

Arnab Goswami challenged the high court’s order which denied bail. Arnab Goswami stated that the arrest was made with an intention of malice and this FIR is being used by some people ‘to harass the journalist.

As per the publicly available data which was also quoted in the judgment, around 90,000 bail applications are pending in the high court of our country.

Around 1,96,861 bail applications are pending in the district courts of India. this judgment will set a precedent that will also help to expand the scope and jurisdiction of personal liberty to every corner of the country.