For any complains regarding the content on this site, mail me at:
[email protected]
Contact us here
Legal Awareness 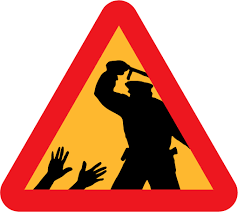 On 23rd May 2021, a vegetable vendor was found dead in Unnao, soon after he was picked up by police from a shop on the charge of violating Covid norms, and allegedly beaten severely. On Saturday, the postmortem put the cause of his death as a head injury. The autopsy also found a severe injury behind Hussain’s ear and at least 12 contusions on his body. Three Unnao policemen are being charged with the murder of an 18-year-old vegetable vendor.

Recently Tripura DM had to issue a public apology after a video of him roughing up guests at a wedding raid during curfew goes viral.

In Chhattisgarh, the DM of Surajpur, slapped youth for violating lockdown, although later he also issued a public apology.

In order for citizens to protect themselves against police brutality, there should be awareness in the society people should know when are their rights and when can they be arrested by police personnel.

While the world was mourning the death of George Floyd in America and the Black lives matter movement was at its peak a similar incident happened in India. On June 19, P. Jeyaraj (58), and his son Bennix (38), were arrested for violating the lockdown rules of the state by keeping their store open past the allowed hours in Tamil Nadu. Two days later, they died of police brutality. There was massive backlash over this incident on social media over the death of Jeyaraj and Fenix which put a massive spotlight on custodial deaths in India which earlier used to go unnoticed.

Citing the injuries on their bodies and the judicial magistrate’s report, the Madras high court gave the green signal to an investigation against the police officers who were involved and a murder case was also registered against the five policemen involved.

An article mentioned in the Hindu shows that a total of 1731 people died in custody in India during 2019. That equals about 5 deaths daily. The report – India: Annual Report on Torture 2019 showed that 1606 of the deaths happened in judicial custody and 125 in police custody. Of these 125 cases, 93 people die due to alleged torture and foul play, while 24 died under suspicious circumstances in which the police cited suicide, illness, and injuries. the rest were stated as the reason for death

We see cases like this every day but we ignore these things. if something like this happens in America we Indians are very sympathetic towards them condemning the use of force by the police but the same thing when happens in India nobody pays heed to it.

Police Brutality in the United States of America

George Floyd, 46-year-old African American, died after being arrested by police outside a shop in Minneapolis, Minnesota. Bodycam footage of the arrest shows that on 25th May 2020, the white police officer, Derek Chauvin, was seen kneeling on Mr Floyd’s neck while he was pinned to the floor. Mr Chauvin is being charged with murder.

This incident led to a nationwide protest by the name of BLACK LIVES MATTER. the entire world showed their support for this movement and condemned police brutality. As the officer who knelt on Floyd’s neck was being tried for the killing in court, another officer shot and killed Daunte White, a 20-year-old man was shot after the officer mistook his gun for a taser and was killed.

Breonna Taylor, a black Medical worker was shot and killed by Louisville Police Officer in March 2020 during a botched raid on her apartment. None of the police officers who raided Breonna Taylor’s Home used Body cameras thereby impeding the public from a full understanding of what happened. Although the two officers involved in the killing were fire, both were found not guilty, and no one was charged for causing Ms Taylor’s Death.

There are many more cases like these that go unnoticed. Data shows that around 1000 civilians are killed each year by law-enforcement officers in the United States. By one estimate, Black Men are 2.5 times more likely to be killed as compared to white men during the course of their lifetime. (Read this research article).

Such cases of Police brutality have raised large-scale anger over the issue and demands for reforms in policing and bringing in adequate mechanisms, making culpable officers accountable for their misdeeds both in India as well as in the United States of America.

What is Custodial Death?

Custodial Deaths are the events of the demise of persons who are detained by police during pretrial or after conviction. Custodial death refers to deaths from all types of reasons like illness, torture, suicide, infighting among prisons. Custodial death can be classified into three categories:

Custodial death in a larger sense mainly refers to death that happens to a person who is under trial or has already been convicted of a crime.

What does the law say and what are your rights against Police?

Article 20 (3) of the Constitution of India provides that no accused person shall be compelled to be a witness against himself. This provision serves to protect and safeguard the accused in case police try to obtain evidence from the accused through coercion and torture.

The Supreme Court in D.K. Basu vs. The State of West Bengal stated that “using any form of torture for extracting any kind of information would neither be ‘right nor just nor fair’ and, therefore, would be impermissible, being offensive to Article 21 of the Indian Constitution. Such a crime-suspect must be interrogated – indeed subjected to sustained and scientific interrogation determined in accordance with the provisions of law. He cannot, however, be tortured or subjected to third-degree methods or eliminated with a view to elicit information, extract a confession or drive knowledge about his accomplices, weapons, etc.”

The Supreme court clearly established that the person shall not be subject to torture and shall be subject to sustained and scientific methods for interrogation. The Supreme Court laid down various other guidelines to establish the rule of law and to keep the power of the police personnel in check.

Article 21 of the Constitution of India provides the right to life and personal liberty to all the citizens of India. It might not specifically say anything about custodial torture but in Maneka Gandhi vs. Union of India (1978), the Supreme Court, expanded the scope and ambit of Article 21 of the Constitution, emphasising that this right is not only confined merely to physical existence but also included the inherent right to live with dignity.

In Inderjeet v. State of Uttar Pradesh (2014), the Supreme Court held that punishment which contains an element of torture is unconstitutional in nature. Even guidelines regarding handcuffing of prisoners are laid down by the supreme court and are violative of the fundamental right of the accused and termed handcuffing as “inhuman, unreasonable, over harsh and arbitrary” in various orders disapproving the practice of handcuffing prisoners.

The 2008 amendment of the Code of Civil Procedure refined the already established process to initiate an arrest against a suspect and provided various rights to the person being arrested.

(a) bear an accurate, visible and clear identification of his name which will facilitate easy
identification;

(c) inform the person arrested, unless the memorandum is attested by a member of
his family, that he has a right to have a relative or a friend named by him to be informed
of his arrest.

Section 41 (D) of the Code of Criminal Procedure states that the arrested person shall have the right to meet an advocate of his choice during interrogation, though not throughout the interrogation.

(2) The medical officer or a registered medical practitioner so examining the arrested person shall prepare the record of such examination, mentioning therein any injuries or marks of violence upon the person arrested, and the approximate time when such injuries or marks may have been inflicted.

(3) Where an examination is made under sub-section (1), a copy of the report of such
an examination shall be furnished by the medical officer or registered medical practitioner,
as the case may be, to the arrested person or the person nominated by such arrested
person.”.

Section 348 of the Indian Penal Code 1860, lays down provisions relating to wrongful confinement and prohibits such confinement for extorting any confession or information for detecting any offence or misconduct. Such wrongful confinement has been made a punishable offence with imprisonment up to three years is also liable for a fine.

Last but not least Section 55 of the Code of Criminal Procedure states that “It shall be the duty of the person having the custody of an accused to take reasonable care of the health and safety of the accused.”.

The issue of police brutality and death in police custody is a matter of big concern and is not receiving the amount of attention that it needs mostly because people are not aware of their rights and people are not taking the initiative to raise their voice against such injustices thinking that it is the basic norm of our society that police brutality is a normal thing and thinking that even if someone raises their concerns their concerns will go unnoticed.

Various laws have been established but very few have been implemented and out of those only a few of them are being kept in mind while handling such matters by the police. The functioning of a proper system requires supremacy of law and only when a rule of law is established we can proudly say that our law enforcement agencies are progressing.

What is Defamation? Everything you need to know about it.