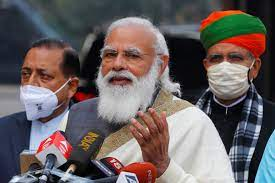 The registrar general of India is responsible for the collection of the data across the whole country. According to the registrar general’s office, India is a home for around 118.7 million farmers which does not include agricultural labourer’s which is a population of 144.3 also confirmed by the census report of 2011. This also accounts for approximately 31 per cent of the total rural population in India. (PM Kisan)

The welfare of farmers has been on the priority list for a long time now and this also plays a pivotal role in the policy as well as the decision making. This scheme will cost around 75,000 crores to the government and will surely benefit many of the small farmers across the country.

What are the trivial details of PM Kisan scheme?

This scheme was officially launched on 24th February 2019 in Gorakhpur, which is situated in the state of Uttar Pradesh. The beneficiary list consists of 120 million farmers who own less than 2 hectares of land. A significant amount will be covered by the timely and fairly priced procurement of the crops.

The extended name of this scheme is the Pradhan Mantri Kisan Samman Nidhi scheme. The money aspect of this scheme includes a monetary help of Rs. 6,000 per annum in the form of three instalments of equal amounts. These finances will help the small farmers procure the crucial supplies at the right time, which will enhance the product and increase their income.

This is a scheme that will be completely funded by the central government. The money transfer will be done directly into the farmers’ bank accounts thrice a year with each instalment of 2,000. This would be much more hassle-free as most of the farmers now have bank accounts thanks to the ‘Pradhan Mantri Jan Dhan Yojana’

Who gets the advantage of the PM Kisan Scheme?

If we take a closer look at the guidelines issued by the ‘ministry of agriculture and farmers welfare’ for the implementation and execution of the Pradhan Mantri Kisan Samman Nidhi scheme we will get the view that the primary purpose of this scheme is to assist the small marginal farmers and their families.

Now the definition of a marginal farmer family is the family which comprises of a husband and a wife with minor children or children who collectively own cultivable land not more than 2 hectares which should be registered with the concerned state or the Union territories’ authority. The records which have been maintained by the authorities will be used to identify the beneficiaries and estimate the expenditure.

The monitoring will be done at many levels. On the ground level, it will be the state or the UT’s responsibility to set up a nodal unit to inspect and implement the scheme.

The state governments also have the liberty to set up their Project monitoring units if it deems fit, the costs of which will be borne by the government.

The operational guidelines are specific on the budget allocation for the Pradhan Mantri Kisan Samman Nidhi Yojana. A sum of 0.25% has been earmarked for the payment of the first instalment, and a sum of 0.125% will be transferred to the state governments by the central governments to pay the cost incurred in setting up as running the Project Monitoring Units. These funds will be reimbursed only if a PMU has been set up by the state government for monitoring at the state level.

Who is qualified for PM Kisan?

Who isn’t qualified for PM Kisan?

What is the process of Implementation of PM Kisan scheme?

The initial phase in the execution of the Pradhan Mantri Kisan Samman Nidhi will be to distinguish the recipients. This will be finished by the state in association with the regional authorities, as per the records. For farmers to handily pursue the advantages, the public authority of India has additionally dispatched a coordinated online stage on which farmers can join.

This site is accessible on https://pmkisan.gov.in/ The PM-Kisan gateway will be exceptionally useful, predominantly because they will give a concentrated stage on which government authorities can get the right information. Moreover, it likewise goes about as a trustworthy, bound-together e-stage from which money advantages can be moved to ranchers through their ledgers. While a ton of the information on the stage will come from existing state records, which the state government authorities will transfer on the stage, farmers can likewise decide to join themselves and give the public authority the essential data they require, for example, Aadhar details, citizen id Proof, and so forth

Having an extensive wellspring of data about limited scope farmers will help the public authority check reserve exchange of the nation over effectively and keep an area-specific register of farmers who have profited by the plan. This will assist them with giving help to the farmers who need it.

How big is the impact of this scheme?

Notwithstanding helping a huge number of limited scope farmers in desperate need of help, the Pradhan Mantri Kisan Samman Nidhi plan will likewise assist the public authority with getting a dependable data set of data about farmers throughout the long term, which can assist them with distinguishing designs, ascertain benefits and in particular, track the advancement of the program.

With expanding globalization and the opposition that accompanies it, the commitment of agribusiness towards India’s GDP is declining.

Thus, India’s homegrown farmers, particularly the small-scale farmers who structure the heft of the segment. From the outset, the PM-KISAN conspire is by all accounts adopting an organized strategy towards giving that help.