What is Defamation? Everything you need to know about it. 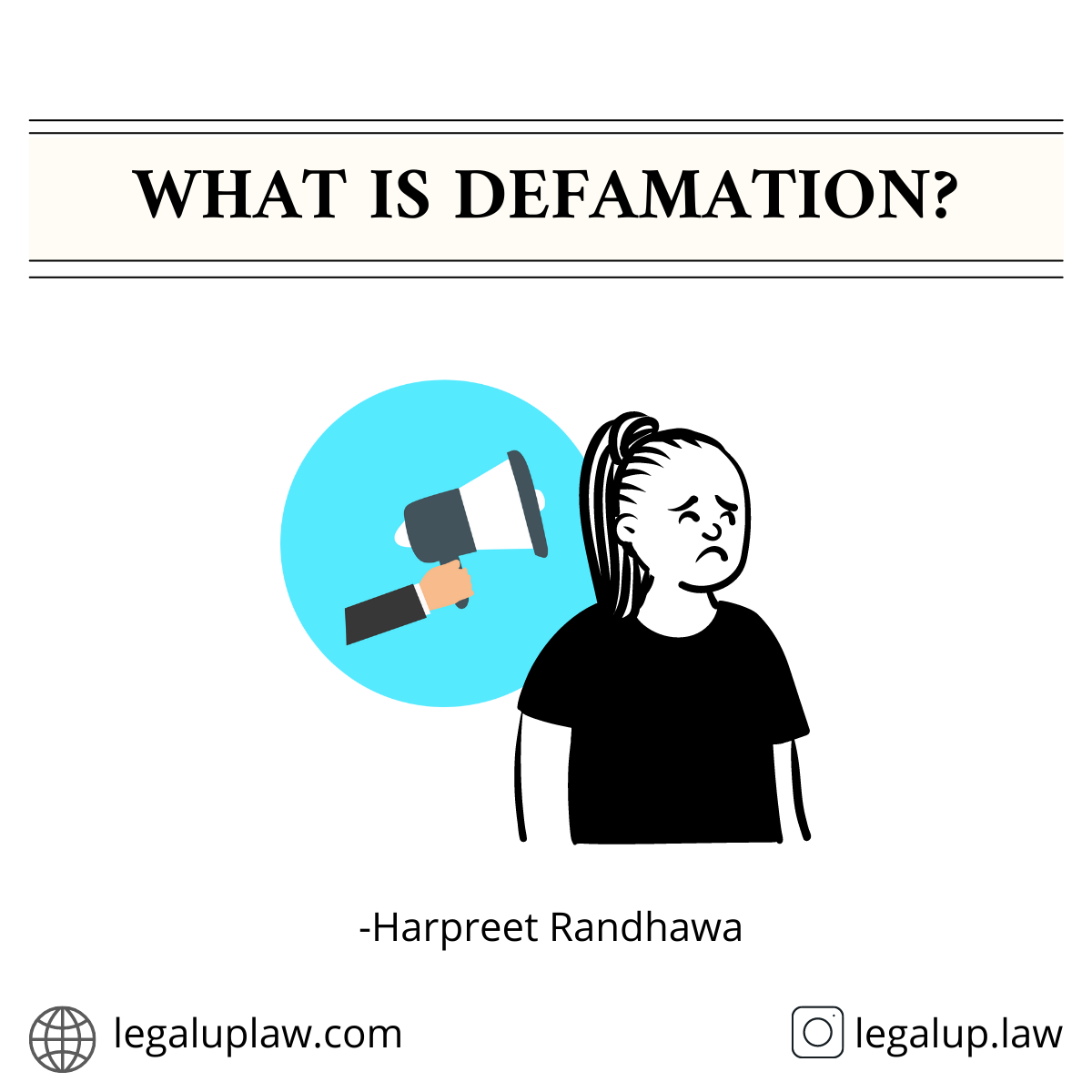 Every man has the right to have his reputation preserved inviolately. This right of reputation is acknowledged as an inherent personal right of every person as part of the right of personal security.

Recently, a Hindu American Foundation sued four activists, an academician named Audrey Truschke, and a journalist for two articles published in Al Jazeera that it claims are defamatory. (Defamation)

You might think why does someone saying something bad about another person make him liable and opens him up to civil charges and if it is that big a deal or not.

Defamation is a statement that injures a person’s reputation in front of a third party.
Dr Winfield defines defamation as “the publication of a statement which tends to lower a person in the estimation of the right-thinking members of the society generally or which tends to make them shun or avoid that person”.

“Defamation is a public communication which tends to injure the reputation of another”. Ram Jethmalani v Subramaniam Swamy AIR 2006 DEL 300.

For example- If you accuse someone of murder in the middle of your office and your other colleagues are present there who are hearing everything you say. After this, they start to shun the person you accused of murder and if that accusation is not found to be true then the other person can file a defamation suit against you and the court may hold you accountable for the damages that might have occurred to him due to your defamatory statement.

What are the different types of Defamation?

Defamation is of two types:-

Under Section 499 of the Indian Penal Code, both libel and slander are classified as criminal offences.

What are the essentials of defamation?

To make someone liable for the tort of defamation, one must prove the following essentials:

(Publication – Publication means ‘making the matter known to some person other than the plaintiff. This is an essential element for libel as well as slander but under slander for the statement to be defamatory in nature the presence of a third party is essential because then only there would be damages and it would amount to the tort of any kind)

A statement is defamatory if its purpose is to expose the plaintiff to hatred, contempt, ridicule, etc. or to even injure him in his profession or trade. It might even be done to make the plaintiff be shunned by other people like his neighbours, his friends, colleagues or maybe even his own family.

What are the defenses against Slander?

1) Justification by truth – The truth of defamatory words is a complete defence against legal action against libel or slander though it is not so in a criminal trial. Truth can be a justification for the defendant’s actions not because it negates the charge of malice but because it shows that the plaintiff is not entitled to recover damages.

In the United States, the actual truth of the publication is usually a defence to a charge of defamation.

Therefore comments that are fair and just and are believed to be true and not inspired by any malicious intent do not come under defamation as fair comments offer protection for the expression of opinions. Bata India Limited v A. M. Turaz and others, 2012 Indlaw DEL 3533.

3) Privilege – Privilege means that a person stands in such relation to the facts of the case that he is justified in saying or writing what would be slanderous or libellous in nature. The general principle lying the defence of privilege is the common convenience and welfare of the society or the general interest of the society.

In the United States also legal privilege arising from a special relationship or position also relieves liability (U.S. senators, for example, cannot be prosecuted for anything they say on the floor of the Senate). In certain areas the mass media have broad discretion under the doctrine of “fair comment and criticism,” but such comment must pertain to a person’s work—not private affairs—and must be factually accurate.

Privilege is of two types –

The law presumes or implies malice in all cases of defamatory words; this presumption may be rebutted by showing that the words were uttered on a privileged occasion which is made in the normal course of business such as dictations to a typist.

If a lawyer acts bona fide in his professional capacity on the instructions of his clients he will have the protection of qualified privilege.

4) Apology – This is the statutory defence available only in an action for libel contained in a public newspaper or other periodical publication. ​The defendant must prove, firstly, the absence of malice and gross negligence, and secondly, an apology at the earliest opportunity inserted in the newspaper or the periodical. ​

Remedies for defamation include that a suit of damages may be brought by the defamed person. Also, the publication of the defamatory sentence may be restrained by an injunction either under Section 38 or 39 of the Specific Relief Act, 1963.

To conclude, every man has a right to preserve his reputation. If this right is violated by false and derogatory statements, it is bound to be protected. With every right comes a remedy.

The Legal Outlook on Euthanasia.