For any complains regarding the content on this site, mail me at:
contact@legaluplaw.com
Contact us here
US Laws 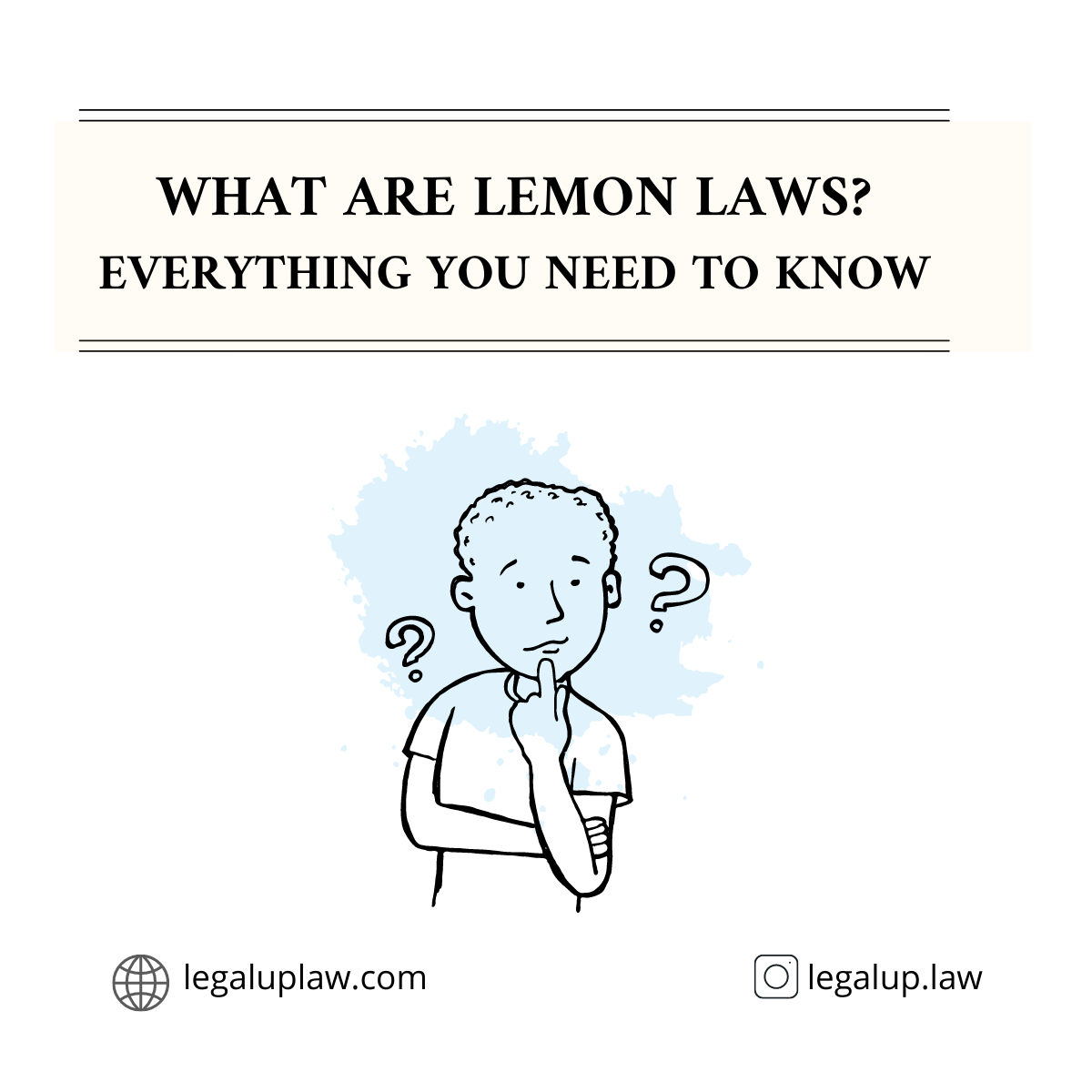 What is meant by Lemon Laws?

Lemon laws (meaning) are restrictions intended to protect consumers who acquire a damaged automobile or other consumer products or services, referred to as lemons, that fail to achieve their advertised quality or utility. Lemon laws apply to faults that influence a vehicle’s or product’s use, safety, or value. The maker must repurchase or replace the product if it cannot be repaired effectively after reasonable effort. Lemon laws are commonly used to compel manufacturers to honour their guarantees in a reasonable manner.

Why are Lemon Laws important?

Lemon laws were enacted by both state and federal governments to combat lemon problems, which are defined as situations in which a manufacturer sells a defective and potentially harmful product. This gives the government some authority and allows it to oversee the quality of consumer goods as well as the service offered to consumers if any problems arise within a certain time frame.

Lemon laws are intended to provide a mechanism for customers to resolve reoccurring issues that arise after they purchase a car, boat, or another large-ticket item.

To protect customers from manufacturers who purposefully sell defective or low-quality items, lemon laws have been adopted in every state and the District of Columbia, as well as at the federal level.

The kind of items covered by lemon laws and the extent to which customers are protected varies by jurisdiction, but the name “lemon law” originally related to damaged automobiles known as lemons.

What are the Lemon laws in place in various states?

Lemon laws differ from state to state. These laws usually apply to new car purchases, although they can also be applied to other purchases or leases. The consumer only has a certain amount of time to report a lemon purchase.

The time limit in Illinois is either 12 months or 12,000 miles, whichever comes first.

When your vehicle is defective and cannot be repaired after a “reasonable” number of efforts, the California Lemon Law (Civ. Code, 1793.2 et seq.) protects you. In California, the timeframe is 18 months from the date of delivery or 18,000 miles (whichever comes first); in North Carolina, the Lemon Law covers new cars, trucks, motorcycles, and vans purchased in the state, and requires manufacturers to repair most defects within the first 24 months or 24,000 miles.

What are the conditions for claiming warranty/protection under the Lemon laws?

The manufacturer may be required to buy back or replace your vehicle under the Lemon Law if it is unable to repair a problem that:

• Is covered by the manufacturer’s new-vehicle warranty;

• Substantially impairs the use, value, or safety of the vehicle; and

• Is not caused by unauthorized or unreasonable use of the vehicle after sale after a “reasonable” number of repair attempts.

What is considered a “reasonable” number of repair attempts depends on many factors. Lemon Laws don’t apply to every situation. In general, the problems with the vehicle must occur while the car is under warranty. It doesn’t have to be a new car warranty, however. It could be a more limited warranty that came with a used car.

The federal law requires that:

The manufacturer must promptly repurchase or replace your vehicle if it is a lemon. You have the right to choose a refund instead of a replacement.