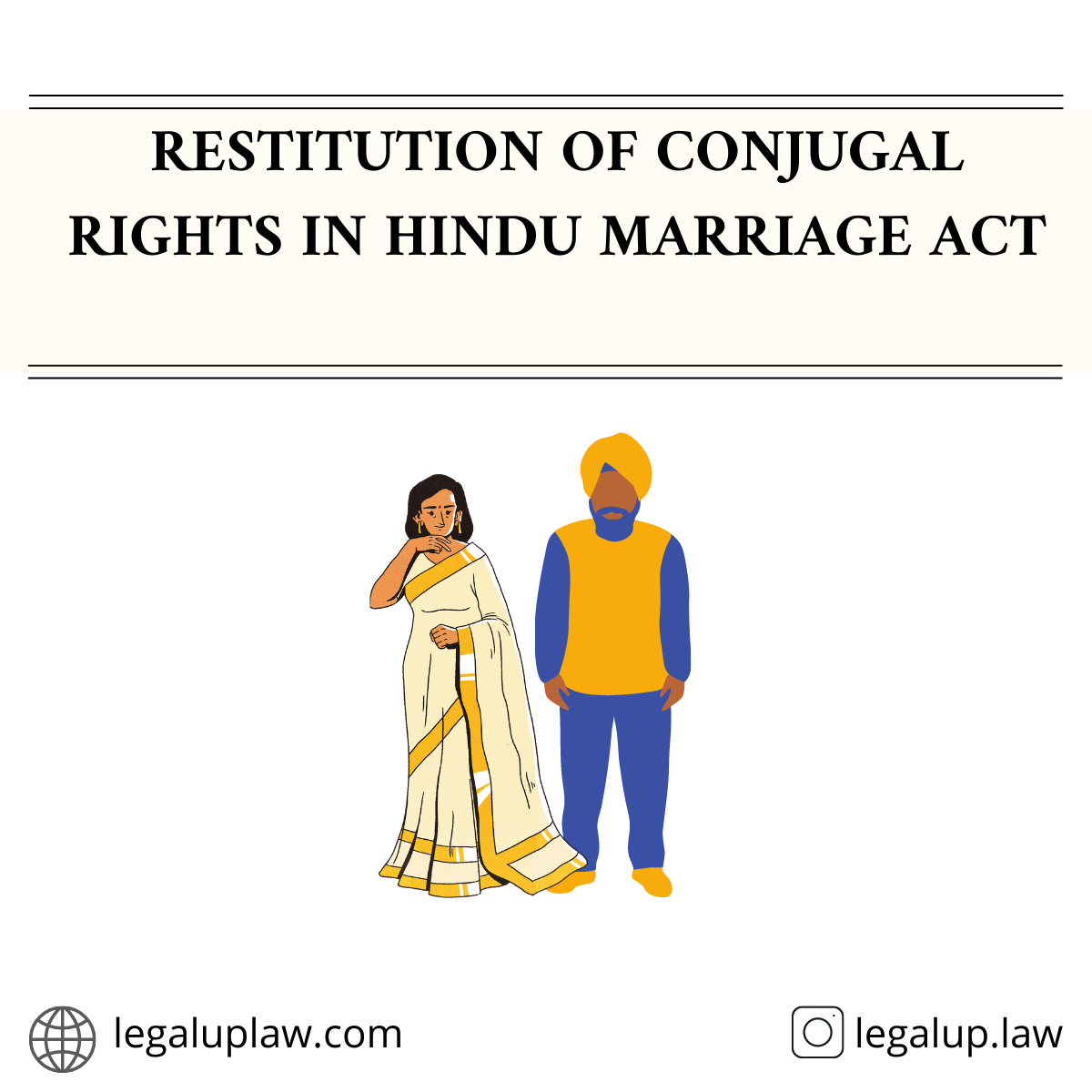 Hindu marriage is defined as a spiritual sacrament wherein two-person of different sex consented to live together for an indefinite period for the physical, social and religious wants of dharma, and for the procreation of children.

Restitution of conjugal rights is one of such reliefs provided and defined under the Hindu marriage act, 1955.

What is the meaning of Restitution of Conjugal Rights?

Restitution of conjugal rights basically means the restoration of marital rights and obligations of the parties to the marriage. If any of the parties to the marriage has withdrawn himself or herself from the society of the other without giving any reasonable reason for the same, then the other party can file a plea in the District Court for restitution of conjugal rights covered under Section 9 of the Hindu Marriage Act, 1955.

In both cases, it was held by the court that if the party to the marriage is doing his/her job to some other place, even after the wishes of the other partner then it will not be considered as the ground for restitution of conjugal right. The only condition that needs to be proved by the respondent is that he/she has performed his part of the obligation as done in the marriage.

4 essentials required to pass any decree for restitution of conjugal rights.

Note– If any of the parties to the marriage files a plea for Restitution of Conjugal Rights (RCR), and the decision comes in favour of the petitioner and even though the respondent does not come back to the life of the petitioner for a continuous period of one year from the date of the decree passed, then the petitioner can file a plea for constructive desertion and ask for a divorce from the court on the same ground.

Tirath Kaur vs Kirpal Singh- In this case, the Supreme Court held that living away from the husband merely on the ground that you are working for a job somewhere else is not a reasonable excuse under Restitution of Conjugal rights.

Shanti vs Ramesh– In this case, the court reserved the order of the above-mentioned case, the court held that it is a violation of article-14 of the constitution, both the sex has the right to work.

After these judgments, Section 9 of the Hindu Marriage Act was constitutionally challenged before the court of law.

But in Harvinder Kaur vs Harmander Singh and Saraj Rani vs Sudarshan Kuman Chad, the court held that the objective of a section-9 of the Hindu Marriage Act is to protect the marriage and not to break the marriage, so it is not a violation of article-14 and 21 of the constitution the court tries to save the marriage the as much as they can, but the court feels that if there is no more reason as to why they should retain the marriage and even though they are giving the decree of RCR then it would be regarded as the violation of article-14 and 21of the constitution.

Who has the Right to set up a matrimonial home?

In the case of Swaraj Garg vs K.M Garh, 1998 both the parties in the marriage were contributing equally from their income, so the problem arises which will have the right to decide where their matrimonial house will be. the court held that if neither party is terminated from their job and neither they are able to mutually decide where their matrimonial house will be, then in that situation the marriage will be considered as the breakdown of the marriage.

In India, the motive behind the concept of matrimonial relief is to save or restore the marriage, instead of breaking of marriage because it makes a negative impact on the lives of the parties as well as on their children if any. The court gives enough time to the parties in the marriage to understand the consequences of the divorce and also to make them release their importance but if the court finds that there is no scope of saving of the marriage then in the last condition the court grants divorce to the party. 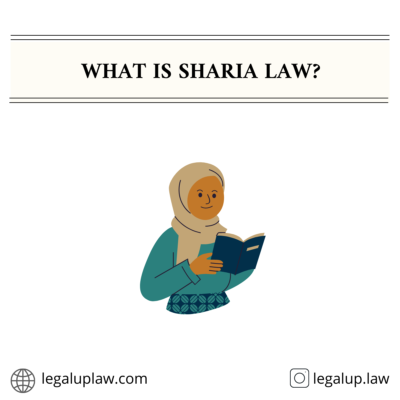 What is Sharia Law? – Everything you need to know.