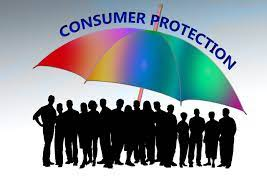 What is meant by Consumer Protection Act?

Consumer protection as the name itself suggests the meaning of the topic to protect the consumer’s rights from the seller’s unfair practices.

The term “Consumer Protection” was inaugurated when there was an increase in the world economy, and countries started to import and export the products that were available in different countries.

The term “consumer” as per the Consumer Protection Act, 2019 is defined “as a person who buys any goods” or “hires or avails of any service”.

But does not include a person who obtains goods for resale or goods or service for any commercial purpose”.

What are the basic rights of the consumers?

The Consumer Protection Act, 2019 provides some basic rights to all consumers. They are listed below:-

What is the history of the Consumer Act?

In 1991, when the Indian economy was liberated and globalization took place, the country started booming in the field market.

This was the time when new technology started booming and there was an increase in the purchasing capacity of the people as more people were employed and could spend more on buying the product.

With the growing market, the seller started to exploit the consumers by using unfair practices in order to charge more for the product than the original price.

To rectify this situation, “The Consumer Protection Act, 1986” was enacted to get rid of the unfair practices of the seller. The Act was there before 1991 but it was not practised much before and come into frequent use only after 1991.

As time passed, new ways of exchange started taking place between buyer and seller (like e-commerce).

With the growing technology and convenience, people started purchasing from the online platform, and this started causing new problems like unfair prices, defective goods, and cheap quality to the customers for which there was no provision in the old act of 1986, so there was a need to amend the old act and a new act called Consumer Protection Act, 2019 was in-acted for the same.

The union minister for consumer affairs, food and distribution Ram Vilas Paswan elected in 2014 said that this amended act will empower the customers and help them in protecting their consumer’s rights under the Act of 2019. He also said that this act has new provisions and rules to readdress the changing disputes between the buyer and the seller.

Earlier in the Consumer Protection Act of 1986, there was no regulator to look after the unfair practices done by the seller, false advertisement and practices which violated consumer’s rights.

But in the act of 2019 CCPA (Central Consumer Protection Authority), a separate regulator was formed which will look after the above-mentioned issues.

CCPA also has the authority to investigate and impose a penalty on the seller for his wrongdoing, and can also ask the seller to return the goods that they have sold to the buyer.

Earlier in the act of 1986, a consumer could only file a suit against the seller for his wrongdoing only in the court of the district from where he/she have bought the product.

But there is an exception in a case where if there is a need of the seller to tell something necessary then the theory is not applicable.

But in the act of 2019, the provision to sue the seller in the consumer court is there and along with that, the buyer has the right to also claim damages in the form of compensation from the seller.

The pecuniary jurisdiction has also been upgraded and now the limits to claim damages from each court has been raised as compared to the previous act of 1986.

In the previous act of 1986, there was no provision for e-commerce dispute because at that time the technology was not there yet to purchase things online. But with the growing technological advancement, there is provision to purchase from online mode. So, a customer can sue the seller who has cheated the buyer in any way.

Earlier there was no provision for mediation (to settle down things) between the parties, but there is a provision in the act of 2019, making mediation valid where both the parties have the power to settle things.

At last, I would like to say that with time the need of the consumer increases, with an increase in technology and skills in the market and with these changing things new issue arises in the form of a problem to the consumer.

The provision of amendment in the constitution plays a very important role in the amendment of old things and modify them with the changing needs. As new ways of unfair practices keep on arising on the part of the seller, the consumer is protected with new rights. 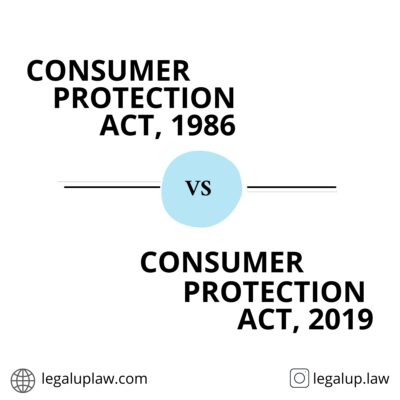