What is False advertisement and its laws in India? 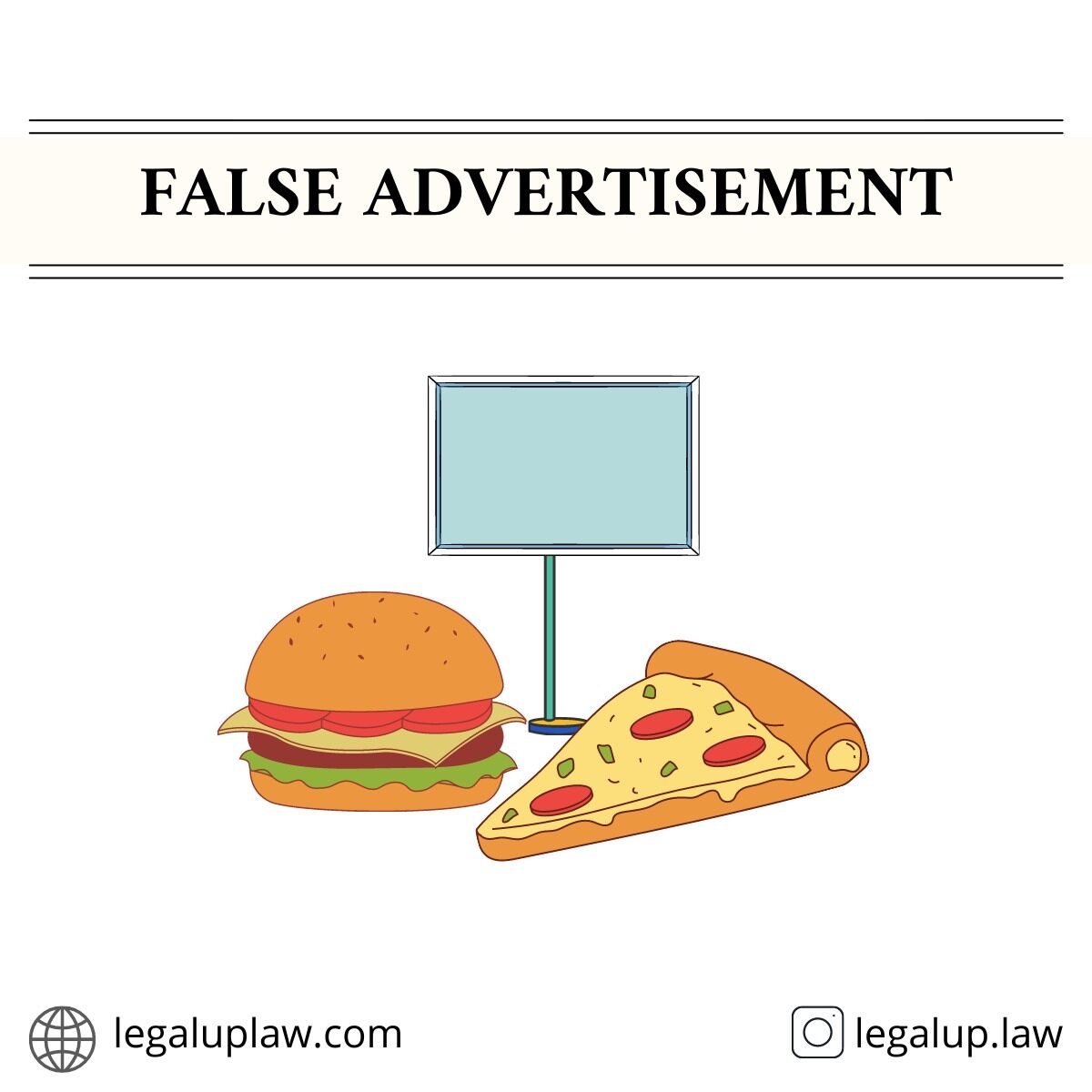 All the businesses that sell goods or services always advertise to help their product hold a good position. The ultimate aim is to get the name of their product projected as a bench-mark in the market.

How do companies give Pretence Description?

The most usual kind of false advertisement is the one making the product appear good by exaggerating the facts and making false statements about the product’s features that the product doesn’t even have.

Some of the mediums which are used for a false advertisement:-

Dannon, for example, was forced to pay plaintiffs 45 million dollars in damages in 2010 in a class-action lawsuit alleging misleading claims regarding two yoghurt brands, Activia and DanActive. The goods’ advertisements stated that they had “clinically proven” health advantages. The firm increased the price of the items, and people were enticed to buy them because of these promises.

The court also ordered Dannon to change its advertising in addition to monetary damages.

What is Deceptive Pricing?

Adding on to this false advertisement scheme there is a deceptive pricing method too that comes under this scheme.

Under this method of deceptive pricing, the actual price of the product is not revealed and later on when the customer tries to buy the product at the price it was advertised, hidden charges make the final price much higher than the advertised one.

The Federal trade commission calls this practice “cramming“. Similarly, Deceptive pricing tactics may be used in “going out of business” deals, such as when a liquidation inflates prices while stating that they have been marked down.

What are some deceptive measures and quantities?

Advertisers may deceive consumers by adopting a different measuring system, making a product appear bigger or smaller than it is. Food goods may contain packing material or filler to make them look bigger or heavier.

In a recent example of similar conduct, Western Digital, a computer hard drive manufacturer, resolved a class action lawsuit in 2006 over hard drive capacity claims. Based on the binary number system used by computers, one kilobyte (KB) equals 1,024 bytes of memory in computer science. A megabyte (MB) is the square of a kilobyte (KB) or 1,048,576 bytes.

Western Digital and other manufacturers were accused of using the decimal system, in which one KB equals 1,000 bytes and one MB equals one million bytes, according to the class-action lawsuit. Using the binary approach, the company’s 80-gigabyte (GB) hard disc supposedly contained just 74.4 GB of data.

What are deceptive measures of Warranty?

Businesses may issue a guarantee or warranty for their services that does not identify a remedy and then refuse to provide consumers with any redressal. Because contract law needs clarity in terms for a contract to be binding, regulations governing misleading and false advertising must fill in the gaps.

What are the laws regarding false advertisement in India?

In the last several years, advertising in India has seen a significant shift. From Doordarshan and Prasar Bharti to current television channels and media, there has been an increase in misuse, such as marketing a forbidden medicine, alcohol, hazardous substances such as cigarette tobacco, and so on.

The government was obliged to enact various laws to keep such ads under check. Let’s take a look at the many laws in place to protect consumers against deceptive advertising:-

As a non-statutory tribunal, the Advertising Standard Council of India was created. It established a self-regulatory framework for bringing advertising ethics to India. According to the ASCI’s Code of Advertising Practice, the commercials are judged, often known as the ASCI code. This Code applies to ads read, heard, or seen in India, regardless of where they originate or are published, as long as they are directed at or exposed to a large number of Indian customers.

In the conclusion, a very important point must be considered that it was once claimed that advertising was a legalized kind of deception. This exemplifies the advertising conundrum and its impact on consumers. Advertisements frequently overstate and mislead facts in the face of fierce competition in the foreground of a market economy, influencing the minds of susceptible individuals. This is precisely what all legal systems, including India’s, should strive for.

What is Contract of Indemnity? Everything you need to know.