What is Epidemic Diseases Act? Everything you need to know. 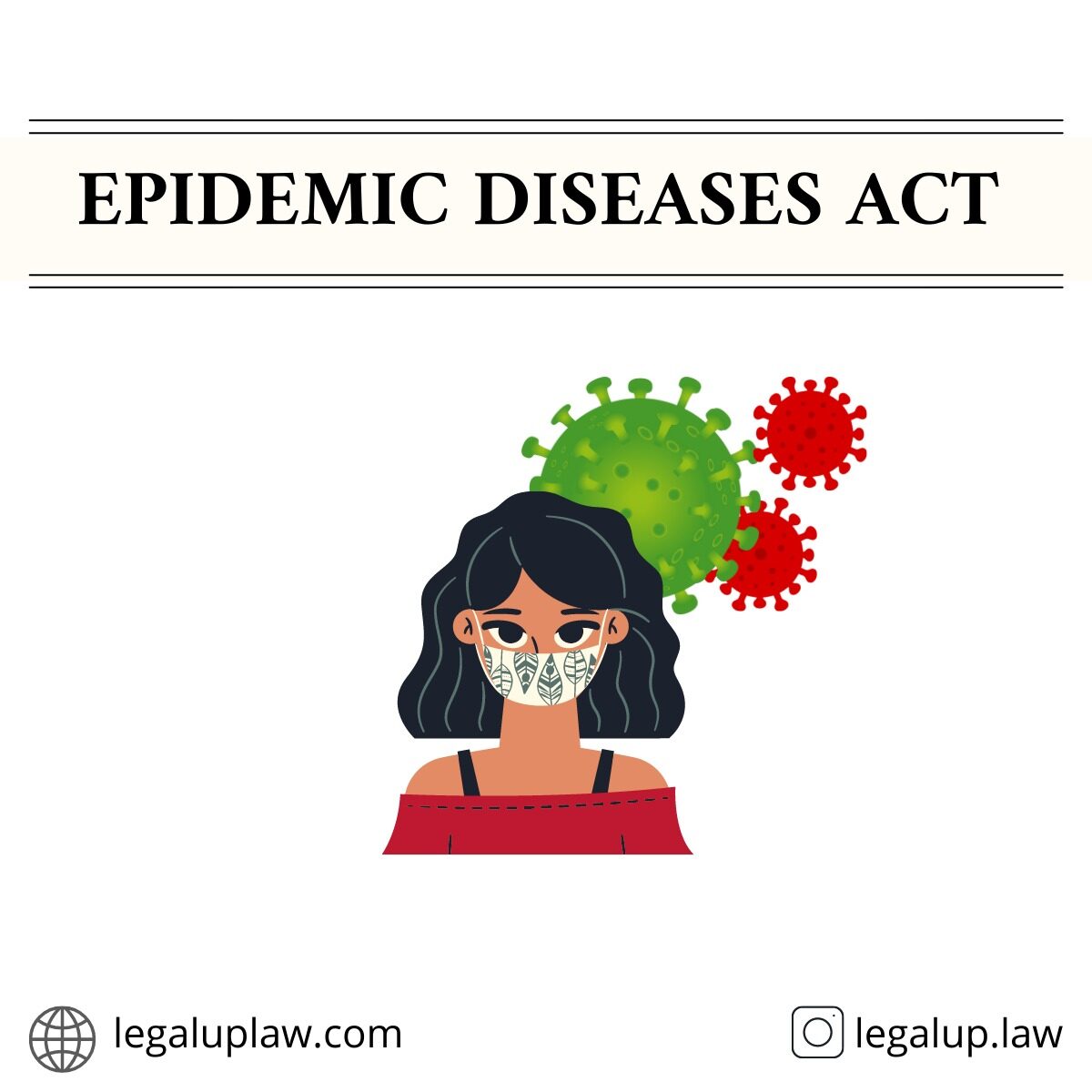 Apex law of the land is the constitution of India.

Using this power the president can promulgate an ordinance for time till the parliament resumes its functioning.

The ordinance-making power is supposed to be used in times of emergency but in recent times we have seen an excessive use of this power to surpassing the scrutiny and debate on serious topics. This is being done in good faith or bad faith is a debatable question.

The primary focus of these laws is to curb the spread of the novel coronavirus disease and protect the frontline as well as healthcare workers from the retaliation which was seen in some instances.

Do we need this ordinance?

This pandemic has brought in a great deal of stress and work to almost every sector especially the healthcare sector.

Since day 1 of the pandemic, doctors have urged people to practice social distancing to avoid the risk of getting infected.

On the other hand, the doctors can either maintain social distance or perform their jobs as their job requires direct and close contact with the patients which exposed them to the risk but still, the medical industry stayed in the danger zone to protect the citizens of the country.

Acknowledging the risk this ordinance was promulgated in the public interest to protect the frontline workers.

‘The Epidemic Diseases (Amendment) Ordinance, 2020’ is the name of this ordinance. It was first promulgated on the 22nd of May, 2020.  It was introduced in the upper house of the parliament on 14th September to make amends to the Epidemic Diseases Act, 1897.

It passed on the 19th of September in the Rajya Sabha and was introduced I the Lok Sabha on 21st September and was finally promulgated on 22nd September by the president. The epidemic diseases act of 1897 was outdated and to meet present-day requirements these ordinances were issued.

Section 1A has been inserted into the principal act of 1897 by section 3 of the amendment ordinance of 2020.

The primary goal of this section is to define the different terms used in the act so as reduce the vagueness of the statute and make things easily distinguishable. One such term is the “act of violence” and this is defined as any type of aggression or resentment shown towards any person serving during the pandemic belonging to the medical and healthcare sector.

In recent times we saw some instances of violence against the health care workers due to which violence has been given special importance in this act. The term ‘health care service personnel’ has been defined very comprehensively as any person who is carrying out his duty during an epidemic or a pandemic with direct contact or is at high risk of the disease.

Section 2A of the principal act of 1897 has been amended by section 4 of the amendment ordinance, this section describes the powers which central government enjoys.

Security of the Health Care Personnel

Section 2B, as well as section 3 of the principal act, give the provisions for the security of the damage to the property as well as the health care personnel.

These amendments specify that one cannot damage any type of property or one can also not cause violence in addition to these even abetments to any one of these is an offence as per the amended statute.

Punishment for the offence

The punishment is mentioned in section 6(3) and the jail time can vary from a least 3 months to a maximum of five years and this will also be accompanied by a fine which can range from fifty thousand rupees to a two-lakh penalty.

In a case of violence if grievous hurt is caused to a person the convict will have to serve a sentence of seven years and six months which will be accompanied by a fine which can range from one lakh to five lakhs. Section 7 of the ordinance inserted section 3A(i) into the principal act which makes the offence not only cognizable but also non-bailable.

When we look closely into section 3A(ii) we get to know that the investigation of offences like these will be done by a police officer who is at least of the inspector rank. Section 3A(iii) of the Act also states that the period allowed for the investigation is 30 days after the date on which the first information report (FIR) is filed.

For the trial rules, we have to look into section 3A(iv) of the principal act. The rules are very clear and state that there should not be any delay in the trial.

When the matter comes to the examination of witnesses the law states that the examination should not be stopped in the middle and the court is deemed to carry on the procedure day to day until all the witnesses have been examined.

This can only be exempted if the courts find sufficient reason and that reason should also be mentioned in the court documents. The law even states that the trial should also not take more than a year in general cases and if it does take more than that then the judge is supposed to mention the reason for this in the documents.

And after completion of a year, the judge can grant more time for the trial at his discretion but not more than six months in one go.

Compounding of an offence

Courtesy section 7 of the ordinance, section 3B has been inserted which talks about the compounding of an offence.

Again section 7 of the ordinance inserts a section 3C into the principal act which deals with the issue of presumption.

This section gives the court freedom in presumption and the court can presume if deemed fit that the accused is guilty and then the burden of proof shifts from the plaintiff to the defendant.

Section 3D of the principal act which was again inserted by the ordinance deals with the presumption of the culpable mind of the offender.

This section tells that the offender has a culpable state of mind and the court has to presume that and if the offender wants to claim defence then he/she is required to prove the opposite in court.

Section 3E of the principal act deals with the compensation aspect and this section was also inserted by the promulgation of the amendment ordinance. The punishments are already decided in the acting nut to give extra protection there is a provision of compensation which is pronounced by the court in cases of grievous hurt or hurt for that matter to a healthcare service person.

The government realized timely that the older epidemic diseases act had not only went out of relevance but the seriousness of this pandemic demanded more which has been thoroughly covered by this ordinance.

The amendment although gets a bit much harsh on the accused or the convicts but this also needed in some way to create a state of fear in the mind of wrongdoers so that they abstain from indulging in these kinds of acts.

This amendment also gives ample attention to the bigger and the problem which was of prime importance, and this problem is the safety and security of the healthcare workers especially when there was a rise in the incidents of retaliation. This ordinance has provided the country with what it needed.