For any complains regarding the content on this site, mail me at:
contact@legaluplaw.com
Contact us here
Criminal Legal Awareness 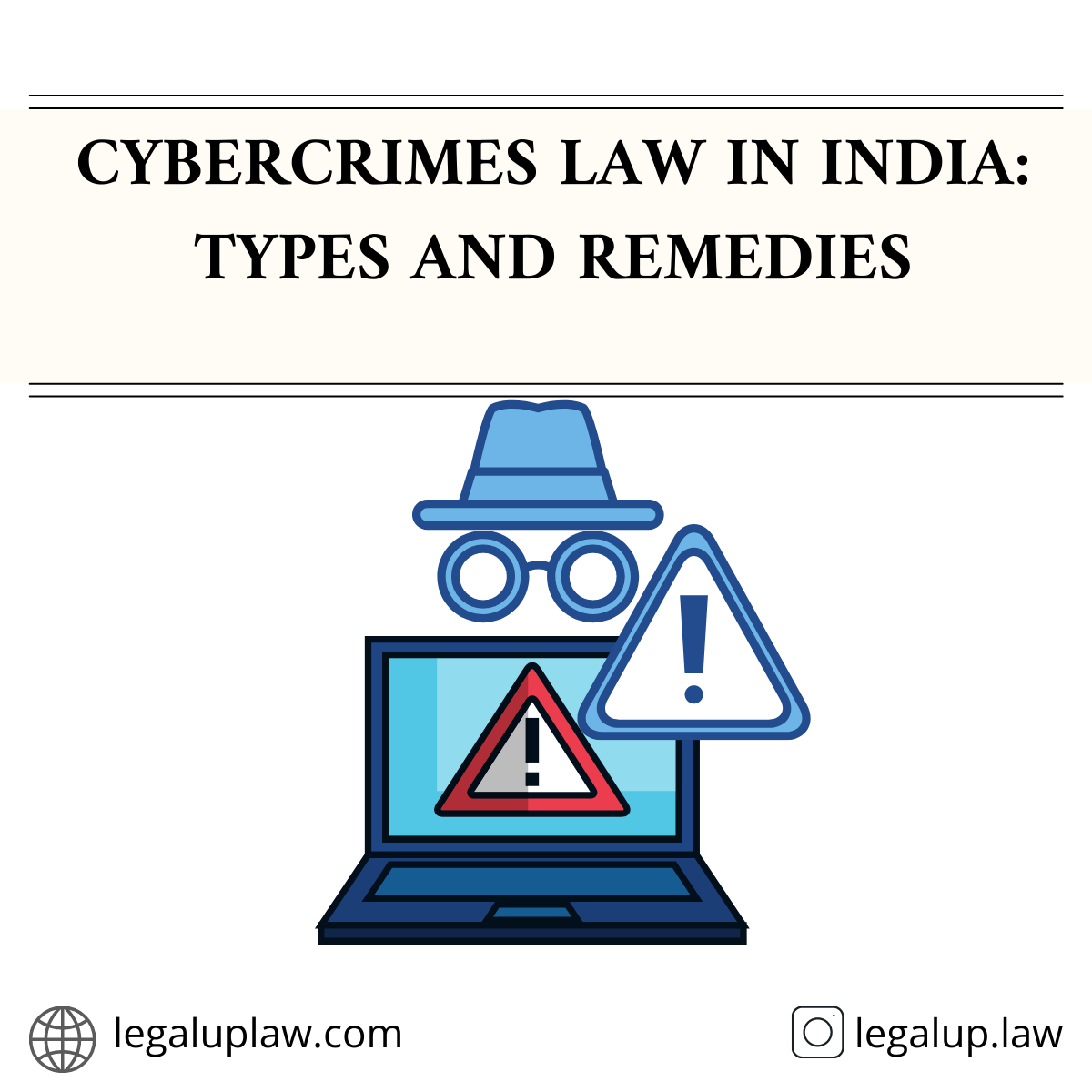 Cybercrime is a sort of crime that occurs in the virtual realm known as “Cyberspace.” The term “cyberspace” refers to a very vast area with no boundaries, as we can see in the current day, life is becoming a lot easier and faster, which was not the case previously. Because of recent technological breakthroughs, this can be referred to as the Cyber era. As a result of this era, communication with the rest of the world has become much stronger and more efficient.

A person can damage another person and make the said person a victim in two ways these days: offline, also known as physical damage, or online, by attacking the person’s computer, which can be a PC, laptop, smartphone, or another device, in which the attacker can damage personal files, useful content, manipulate media files, and many other things. Cybercrime is a crime committed in cyberspace between two organizations, namely an attacker computer on one side and a victim computer on the other. The attacker is the one who, with criminal intent, attempts to harm the victim by using numerous instruments.

As previously said, cybercrime focuses on the attacker computer and the victim or target computer, and it can impact an individual, his property, or his image in the society at large. As a result, there are different forms of cybercrimes that we encounter nowadays; we will explore a few of them below.

What are the Legal Remedies against Cyber-bullying?

These are only a handful of the cybercrimes that exist in many domains of cyberspace; there are many more that have yet to be identified. The number of solved cases is far lower than the number of unresolved cases, and the crime rate is growing every day in tandem with internet usage and technical improvement.

There are legal remedies available to victims of cybercrime, which are overseen by the country’s judicial system.

There was an enactment of legislation to demonstrate the boundaries to these types of attacks for the commission of Cybercrimes, namely the Information Technology Act, 2000, which was subsequently updated in the year 2008 and is generally referred to as the Cyber-law by the general public. This Act establishes sanctions and compensation for technology-related offences. If a person is a victim of cybercrime, he has the option of going to court to pursue legal action against the perpetrator.

We live in the twenty-first century in a growing country, where technology is advancing and humane’ jobs are being replaced. With the increased use of the internet, the rate of online crime is also rising, for which the victim has legal recourse. However, we have noticed that the number of cybercrime case files is growing faster than the number of solved cases, which is attributable to people’s negligence and a shortage of cyber professionals who can handle these situations.

As a result, we need better training institutions as well as a mandatory branch of Cyber-security topic that will aid in the resolution of cyber-cases and increase trust in security, but we can strive to safeguard ourselves –

No one is totally secure or can be completely secured by any institution or anti-virus, but by using the measures outlined above, we may secure our information, data, gadgets, and ourselves.