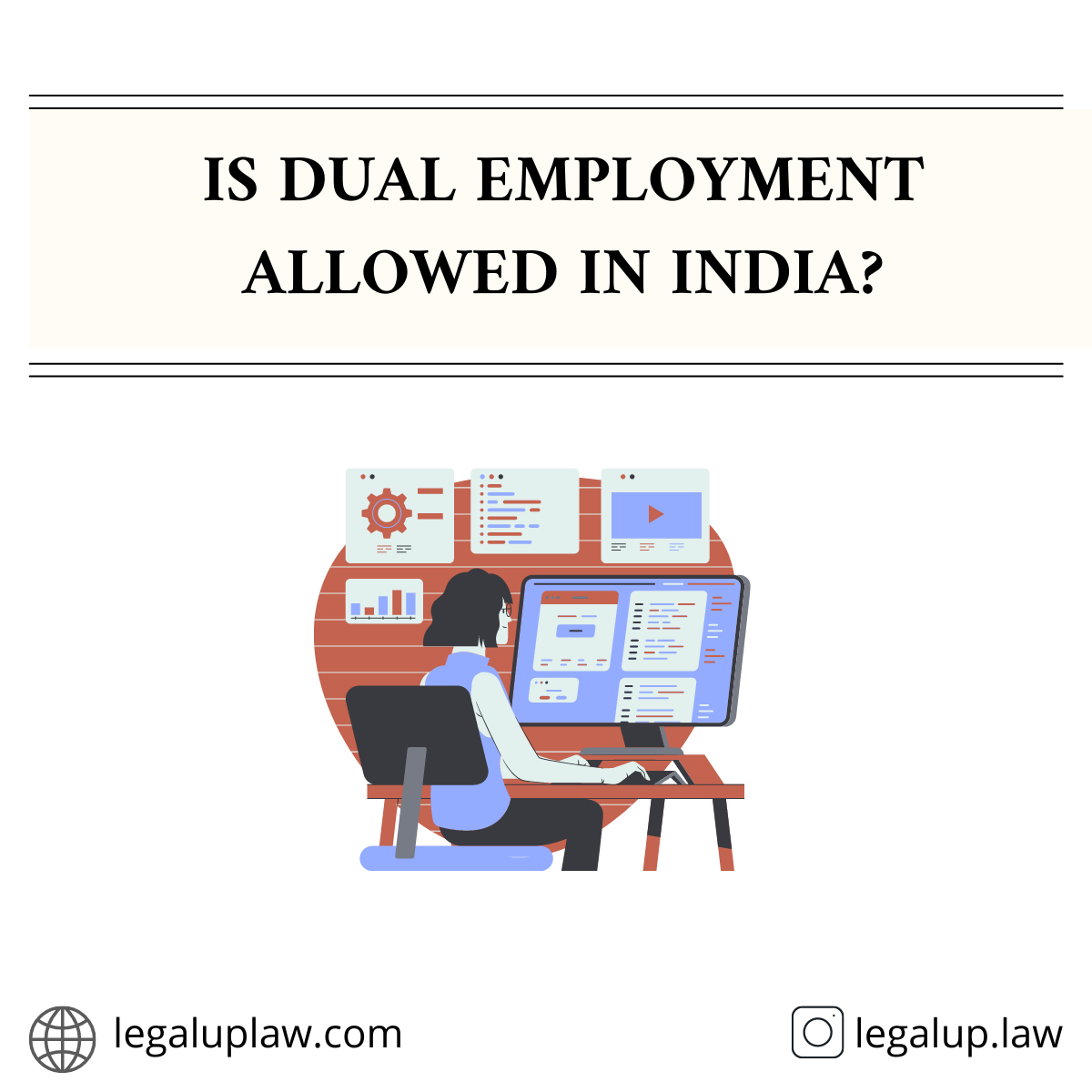 The number of jobless and underemployed people in India has been increasing, in addition to low wage rates associated with a volatile economy. A huge proportion of employees working in the private sector are required to labour for an arbitrary amount of hours and are paid less than the minimum wage. People who are unable to pay their bills in an inflationary environment must take on multiple or double jobs.

Dual employment in India, also known as the double employment rule in India, refers to working for more than one employer at the same time. This means that an employee works full-time and earns income from one company while also working part-time for another.

Is Dual Employment legal in India?

There is no particular provision in Indian employment law that addresses the legality of multiple works. Section 60 of the Factories Act of 1948 addresses the prohibition on multiple employment in India for factory workers. The clause stipulates that no adult person may work in a factory if they are currently employed in another.

However, the regulation does not apply to all institutions because not every organization fits within the definition of a factory under the Factories Act of 1948. Organizations that are not governed by the Factories Act must include a dual employment provision in the appointment letter, employee’s agreement, or offer letter to explain the requirement for double employment. The employment agreement must indicate what limits have been set on multiple employment and that the employee is not permitted to engage in extra work or profession until they are no longer employed by their existing employer. This indicates that an employee cannot work two jobs at the same time.

Furthermore, the several state-specific Shop and Establishment Acts that apply to enterprises not covered by the Factories Act provide provisions for dual employment in the same institution in India. The Delhi Shops and Establishment Act, for example, specifies that an employee cannot operate in an establishment or factory after their legitimate employment time has expired.

The definition of double employment under Shops and Place employment rules in India varies since they govern an employee’s job in the same establishment beyond working hours. However, both the Factories Act and the Shops and Establishment legislation can be used to restrict people from doing two jobs at the same time.

According to Section 8 of Schedule I-B of the Industrial Employment (Standing Orders) Central Rules, 1946, a worker cannot act against the interests of an industrial establishment by obtaining dual employment in addition to their present position. Different Indian courts have also held that termination of employment rules in India, which state that revocation of an employee who has taken up dual employment, is valid because having dual jobs affects the employee’s operational efficiency, as the employee fails to give their all to their job.

What does the Court say?

In 2016, the Punjab and Haryana High Court ruled that terminating the employment of a driver who was working two jobs was fully legal. Similarly, the Madras High Court upheld the termination of a Grade III operator in 2012 after it was discovered that he was also engaged as a director of another firm. To determine the legitimacy of an employee termination policy based on such reasons, the courts must consider each facet of dual employment individually.

The punishment for multiple works in India is not expressly established in Indian law. According to numerous legal rulings, the repercussions of multiple employment in India are the firing of the employee with dual occupations.

Working two jobs is not unlawful if you have the time and can separate the two provided the contract agreement between you and the employer allows you to do so and moonlighting clause is not there, but the capacity to engage in moonlighting or gigging, or just managing the time required for two full-time employment, may be difficult.

First, taking out the time to do the second job and then giving both the job the required input is a whole new task. Thus, it is not advised to do two jobs, rather one may derive his/her source of income through other channels like- Youtube, startups etc. This might take time and may not ensure security but it would be a much better and more practical option than doing two jobs at a time.

What do I need to do two full-time jobs – avvo.com